South cops most of the action 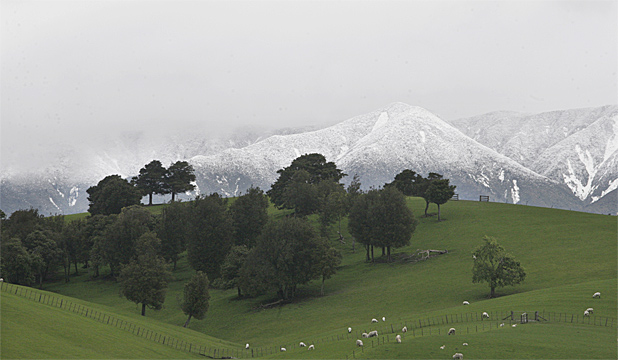 The North Island has been the recipient over the last two to three weeks of the wettest and windiest weather and the south has largely missed the turbulent times but today it was role reversal and the turn of the Mainland to see the waterworks with some hail and thunder thrown in for good measure.

Conditions were harsh over the West Coast earlier today but waves or bursts of thundery showers continued to pepper the region off and on throughout the day.

Thunderstorms also started to get underway in the far south and Dunedin and surround saw a thunder and hail display with some heavy downpours of rain.

Temperatures were very cold across a few locations over the southern half of the South Island with Milford Sound not able to top double figures and Queenstown just scraping in with a high of 10 degrees.

Gore plunged to 7 degrees at 3pm and tonight temperatures may get close to freezing point if skies clear a little and winds ease back.

Tomorrow it’s looking fairly settled over the country but showers might still hold on across western and southern coasts of the Mainland.

Photo of snowy surrounds over Southland by static

Cool in Invercargill but only a couple of passing showers this afternoon so far.