Somalia: At least 110 die as fears of famine grow due to drought 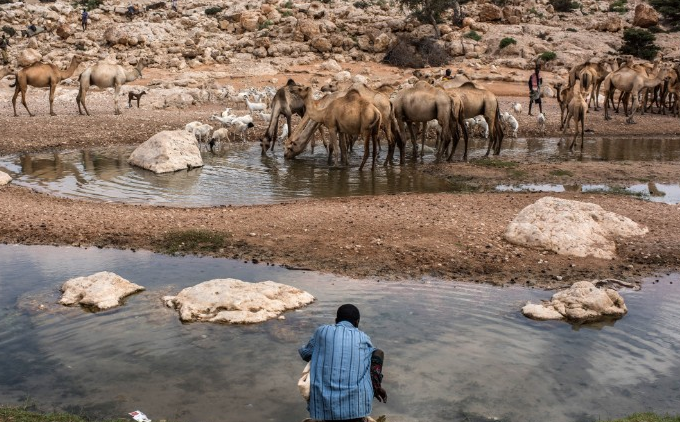 At least 110 people, most of them women and children, have died from starvation and drought-related illness in Somalia in the past 48 hours, Prime Minister Hassan Ali Khaire said Saturday.

Khaire made the announcement while speaking to the drought committee in Mogadishu, four days after President Mohamed Abdullahi Farmajo declared the drought a national disaster.
The death toll covers those who died in the rural areas of Somalia’s southwestern Bay region where the drought is more severe than other parts of the country. It was not immediately clear how many others have died in the rest of the country.
“The drought response committee briefed the PM about the humanitarian crises in the country that is threatening the lives of the people and their livestock who are on the brink of dying from hunger and watery diarrhea disease,” Khaire’s office said.
Khaire has urged “business people and everyone to contribute to the drought response efforts aimed at saving the lives of the millions of Somalis dying of hunger and lack of water.” 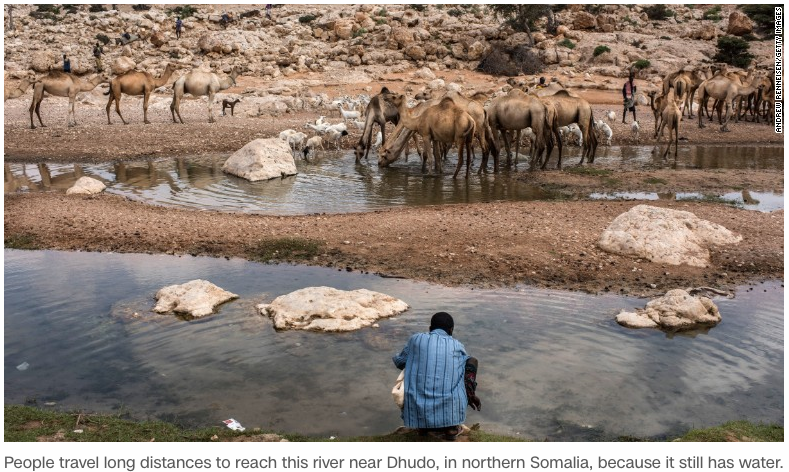