Home > News > Soggy Tuesday for much of the north...

Soggy Tuesday for much of the north 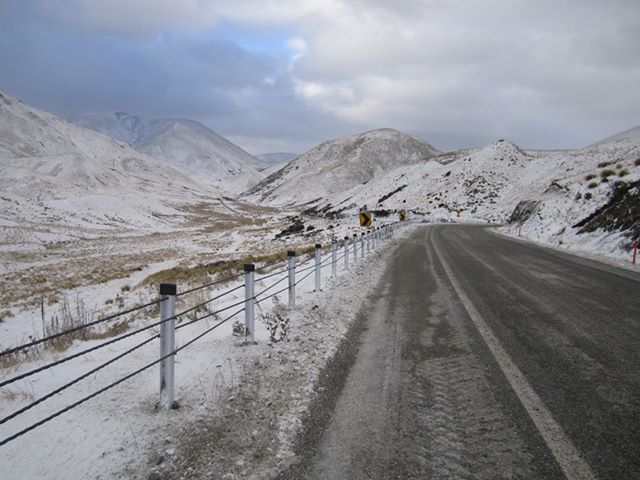 The first week of June is well underway and even though today is shaping up to be the wettest one nationwide of winter so far although there’s a high pushing in tomorrow and Thurday providing some welcome sunshine.

It will take its time having an effect on the North Island tomorrow though as showers, some heavy with possible thunder but these should mostly clear away by lunchtime but if you’re in the east perhaps it’ll last most of the day.

It’s been a mild weekend over the north and today temperatures over the upper north should remain in the mid teens before a southerly claws back the the thermometer overnight and tomorrow.

Today though is wet and looking fairly slippery on the roads in many areas and surface flooding could pose a problem for some as some pools of water could form.

Southerlies are set to lash or actually lashing Wellington and moving up eastern areas of the North Island for a wintry spell. Snow is likely to lower about the Rimutakas and other elevated areas as temperatures fall.

“It’s a wet day for most of the North Island” says Head weather analyst Philip Duncan. “Auckland enjoyed a reasonable weekend and it remained pretty dry throughout but today it’s changing it’s tune”.

WeatherWatch sees most areas of the North Island under a blanket of cloud with rain in many places and a sou’ west change moving up the island and reaching Auckland overnight or first thing tomorrow morning.

South Islanders are seeing brighter skies but it’ll take a bit of time for eastern areas to see a total improvement but it is coming.

“The first half of the weekend was pretty good for quite a few regions in the south but by lunchtime Saturday the southern half was pretty wet and by yesterday it wasn’t pretty in a lot of places” says weather analyst Richard Green.”The coldest day of the week is with us today and some snow down to lower mid latitudes about the foothills in the east is a sure indicator that it’s chilly”.

Tonight could see frosts in tucked away inland areas as sub zero temperatures could develop depending on the state of the wind. If it’s calm frosts are obviously expected.

A high delivers sunshine for most areas on Thursday and Friday this week and frosts are also a possibility then and by the weekend another frontal system sees rain moving in across the southwest in amongst a strengthening nor’ west flow.