Snowy change – Where is it at? 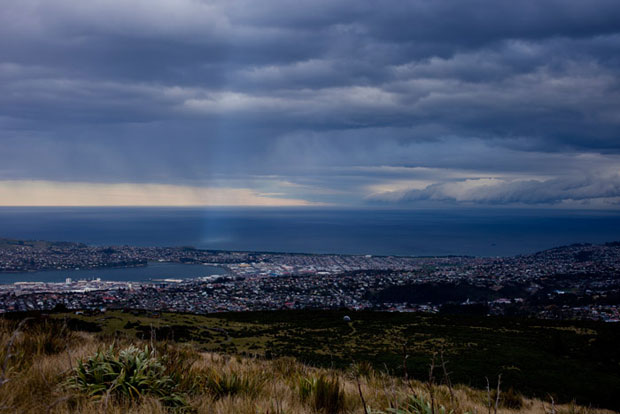 The main engine room of this southerly blast is still cranking into gear and it might be another 24 hours or so before it hits the likes of Christchurch.

Dunedin and Invercargill should see deteriorating conditions this afternoon or tonight if they haven’t done so already.

The North Island should get its turn during part of later tomorrow and Wednesday where temperatures will plummet with skies looking ominous.

Reports have been flooding into WeatherWatch today and we begin with South Otago where the heaviest snow will hit later today or tonight.
Hanlie Kruger posted earlier “ Has been very cold, wet and stormy in Balclutha since yesterday afternoon but we never get the snow you guys promise. I suspect it’s because we are not a place on the weather map so we just get what’s left over from Dunedin and Gore lol!
WeatherWatch – Hi Hanlie, Well actually some of the staff are from your neck of the woods! Balclutha should see snow like Gore and Dunedin but the system is only getting underway now and the coldest air has yet to hit. Let us know how you get on.

Debbie from Dunedin said “I’m in Dunedin and although cloudy and cold, no snow as yet except on the higher hills. My husband and workmates don’t think it’s cold enough to snow to sea level so hope your right about the snow. I keep telling them it is still coming”.
WeatherWatch – Hi Debbie, yes the system hasn’t picked up properly yet and the next 24 hours should be interesting for Dunedinites with snow still likely. Thanks for your report.

Helen popped up a post “Beautiful sunny calm warm day in South Wairarapa. Don’t know where the north westerly gales we were supposed to get overnight went – but we didn’t have them here! Looks like its not going to last tho”.
WeatherWatch– It appears parts of the East Coast of the North Island didn’t get the big winds predicted by some forecasting groups. Often these wind warnings don’t impact on populated areas and end up only in isolated rural pockets, if at all.

The coldest temperatures over New Zealand as a whole are later tomorrow although parts of southern NZ might argue with us on that one today.

It doesn’t stop with the snow as thunderstorms could rattle western parts of the North Island including Palmerston and northern parts of Auckland. We’ve got it at a 40-50% chance late today/tonight and during Tuesday.

Thanks for the update Rosie and keep warm. We also here it’s snowing in Kingston.