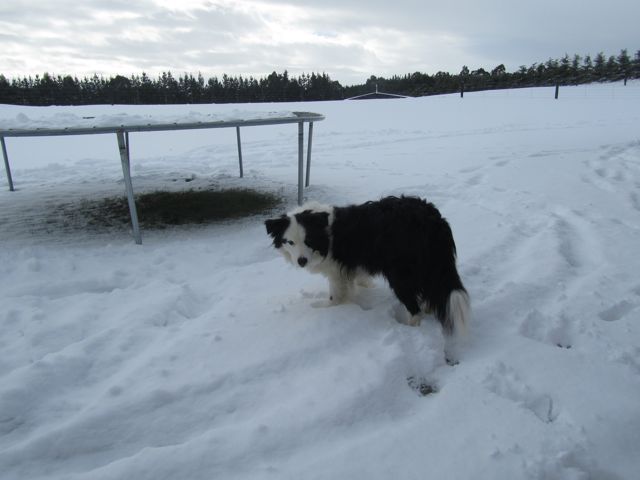 For some southerners they’ve had enough of the snow this winter although it was only a brief cold snap almost 3 weeks ago however the one kicking in tomorrow starting in the south could have much more venom attached.

The computer models now seem to be reading off the same page and this icy blast appears more prolonged than the previous one with substantial precipitation over a wider area and winds to boot.
One or 2 locations in both islands may seem snow fall for the first time in years if not decades.”It’s always difficult to pinpoint exactly where the snow will fall and how much there’s going to be but one thing for sure is that the cold and the wind will make it feel very wintry for a few days” says Weather analyst Richard Green.” It’s not often that an event gets such coverage when we are still a day or 2 out but this still appears significant and blizzard like conditions will take place in some regions over eastern and southern districts of both islands” Mr Green says.

“It looks as if the rain and snow will comes in waves but parts of Monday in the south and Monday night could see the heaviest falls during this storm cycle” according to Richard Green.” The lower North island looks as if it will cop a pasting and the outbreak may hang in longer than their southern neighbours” he also adds.
This vigorous southerly will also make it feel much colder than the actual temperature readings so windchill is a concern for both people and livestock.

Looking at the weekend weather ahead of the polar blast and it appears quite sunny in many areas with temperatures near average or above for much of the weekend.

To see if you’re area may get snow soon check out our link…
http://www.weatherwatch.co.nz/content/snow-guide-check-see-if-its-going-snow-your-place

Snow showers are still expected on Wednesday for Christchurch but as we get closer to the time the situation will become clearer.Thanks.