Snow – Why measure it in cm? 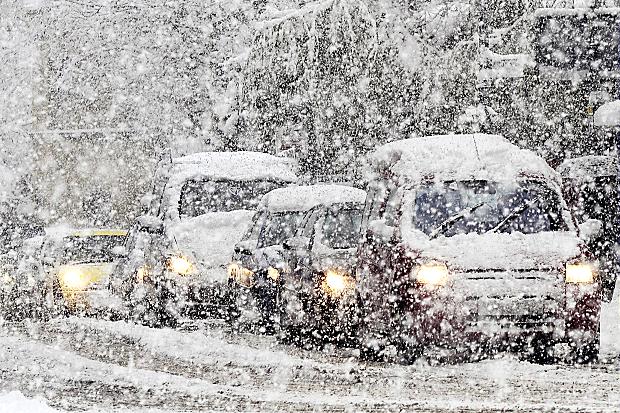 Recently a reader at WeatherWatch asked why is it that rain is measured in millimetres and yet snow is recorded in centimetres?

When you look at the basic building block of snow, the ice crystal, it looks so small and delicate that you assume it has no weight at all. While individual snow crystals are quite light on the grand continuum of weights, when they aggregate by the billions and billions, a little becomes a lot.

Those crystal accumulations make very good masses for holding liquid water — through rainfall or melting — which can increase the weight of a specific volume of snow immensely.

Meteorologists developed a rule of thumb years ago that 25 cm of snow would melt down to 2.5 cm of water (or be the equivalent amount of rain if it fell as liquid), and that proportion was often used to determine the amount of equivalent precipitation from a snowfall.

But that 10:1 ratio, we now know, is far from exact, and generally wrong across the breadth of conditions under which snow falls, even within an individual storm.

Exact measurements of the snowfall to water ratio are made at some climatological stations in many areas of the world.
In European climatological summaries, they do not generally report the depth of a snowfall or the snowpack but report instead the liquid water equivalent.
Such knowledge is extremely important in assessing avalanche dangers, forecasting flooding potential or degree of blowing and drifting snow, and assessing water resources.

One method of conversion is simple, a sample of the snow collected in the gauge is simply melted with gentle heat, so as to minimize evaporation, and the remaining water depth measured.
Another way is to add antifreeze to the gauge that melts the snow as it falls. The increase in the amount of liquid in the gauge indicates the water equivalent of the snow.

Of course not everywhere in the country sees snow each winter but we apprecaite the question.

…a really neat question and a great answer.
It’s something I never really considered – so thank WeatherWatch (and the person who asked it!)

Hi guys, speaking of snow – what does it look like for the Queenstown/Wanaka skifields this season? Are we likely to have a mild one, or lots of snow so that we can be kept happy boarding and skiing for the winter? Cheers!

It’s looking an average season with bouts of colder, snowy conditions but occasionally northerly rain could wash a little away occasionally.Sunny days are also in the mix as we enter a neutral phase it seems.
Hope you enjoy yourself!