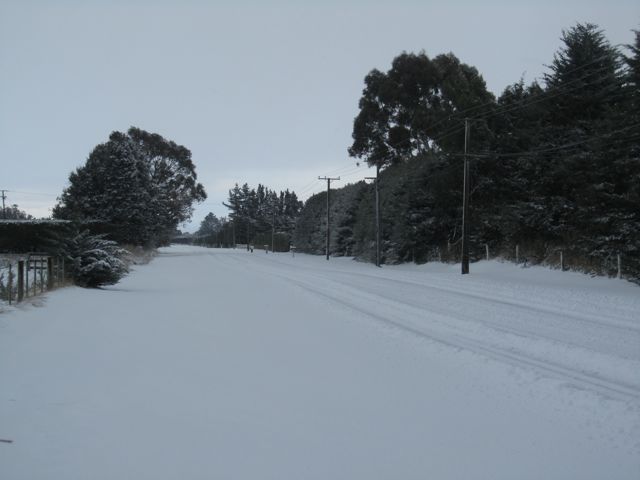 Snow which fell over parts of southern and eastern New Zealand and fell in Wellington and Dunedin has finally moved into Christchurch.

Reports are coming in of some heavy snowfalls during the night with between 5-15cm on the ground.

WeatherWatch contributors have been saying there’s up to 20cm just south of the city and the wind is very gusty.

Roads are starting to become marginal in some parts of Canterbury and the snow is starting to build particularly in coastal araeas.

Temperatures remain around minus 1 degree with a combined windchill it feels like minus 5.

More heavy snow showers are expected over the next 36 hours with an easing likely later tomorrow.

Police have advised motorists to avoid travel where necessary.

Just measured the depth here at New brighton beach. 15cm in our sheltered back garden, it is deeper where it has blown of course.

There is more snow here now than in July. I don’t think there will be school today!