Snow is normal in spring, if it was hot and dry that would be ‘summer’ 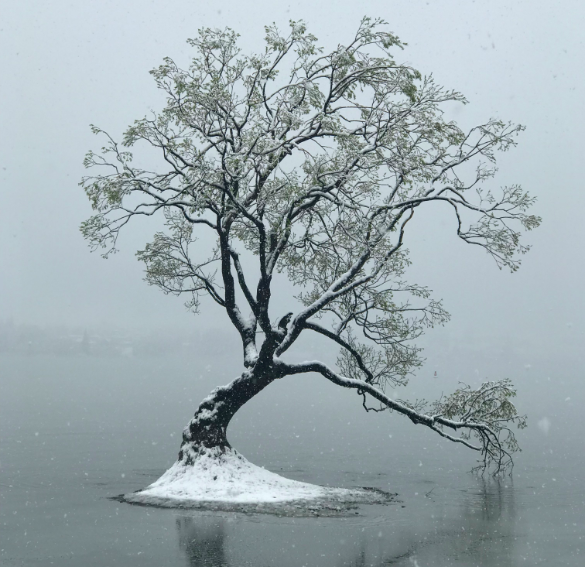 Some of the biggest high pressure systems of the year occur in August and September and the bigger they are the bigger their reach is. Enormous highs can bring us beautiful, dry, warm weather in September…they can also dredge up Antarctic blasts and dump cold air over Aussie and New Zealand in a heartbeat, just when we think summer is on the way. This leads to some saying things like “so much for spring” when in reality this is the absolute definition of spring weather.

Just ask a farmer or grower. They will often say things like “give me a snow storm and a week of frosts in June no worries, but I don’t want even one day of that in September please”. For farmers this is because of lambing and late winter storms/early spring storms (whatever you want to call them) can be deadly. Cold + wet = tough for livestock. For growers a week of hardcore frosts in mid winter can be fine, but put a light frost in September when buds are beginning to appear and it’s another story.

In New Zealand we can get a sudden cold southerly all year round, it’s even been known to snow on the ranges in December and January in summer. But generally speaking snow and frost events tend to melt away by mid to late October, or at least retreat high up away from where most of us live and work.

When it comes to lambing snow isn’t the only enemy – wet and cold is. Snow can be dry and fluffy and not cause issues. When it melts, or if it’s wet snow – or even just a rainy cold southerly (like we sadly recently saw in Hawke’s Bay) this is what can prove deadly for newborn stock. There is little that can be done other than advanced warnings to give farmers time to try and shelter stock as best as possible. There is room for improvement in such a tricky country like New Zealand to better forecast cold, miserable weather events and WeatherWatch.co.nz is working on better windchill and misery index products right now, independent of the now three commercial Government forecasters.

Finally, for those who go with the astronomical dates to the seasons the snow event down south on Monday was simply a normal winter event. Spring doesn’t start until this Sunday (which is the spring equinox) in the astronomical calendar.

– Image / Photo was taken in Wanaka by the lake at 11am yesterday (17th September). Uploaded directly to the WeatherWatch.co.nz photo library by Alison Jarvis.