Snow in the south, dry & sunny in the east, windy or wet elsewhere (+6 Maps) 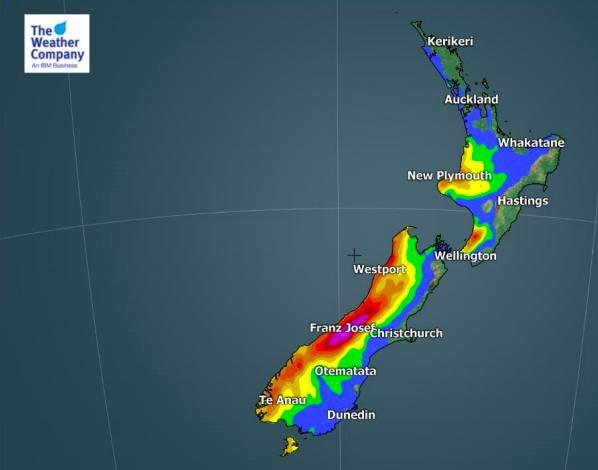 A period of locally heavy rainfall with 10-30 mm/h is likely in Westland this afternoon. High winds with occasional wind gusts over the mountains from interior Canterbury to the foothills of the Kaikoura ranges will continue until this evening.

Heavy rain will turn to heavy snow in the mountains and may affect alpine highways. Snow accumulation will increase over the Southern Alps and Fiordland on Sunday as colder air moves in and mixes with the rain bands. The area of snow will further expand into wider areas of low elevation in Otago and Southland from Monday and there is a chance of some isolated snow flurries down towards sea level or down to 50 to 100m. Generally speaking this is not a coastal snow event but there may be exceptions due to the topography.

Snow falling in some main centres will be very close, but not Christchurch. Gore has a high of just 3 degrees with rain and sleet on Monday. This may fall as snow in other areas.

WeatherWatch.co.nz says some snow flurries are possible Queenstown, Wanaka, Lumsden, Cromwell, Dunedin’s hilltop suburbs and maybe Gore. It may only be brief and may not settle. The heaviest snow will be at higher altitudes.

The air flow also will cut off moisture to places like Dunedin and Christchurch bringing mainly dry weather with sunniest weather the further north you go. The eastern North Island is also fairly mild today with sunny spells – it gets colder over Monday and Tuesday. Today’s high in Napier is 17 degrees, the high on Tuesday is only 12. 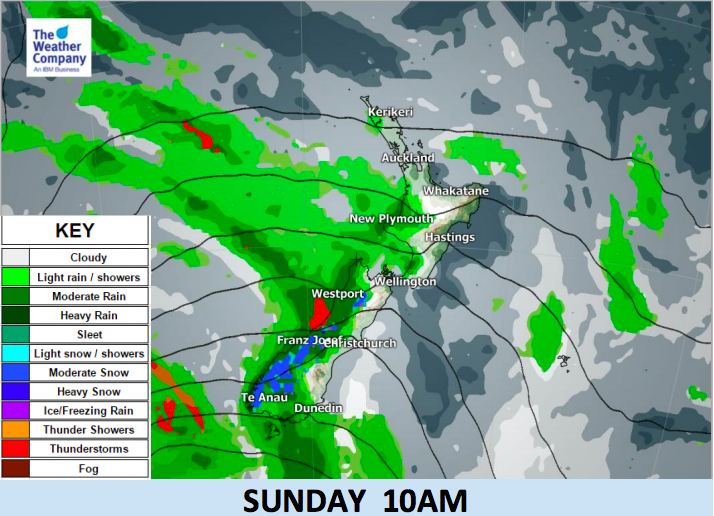 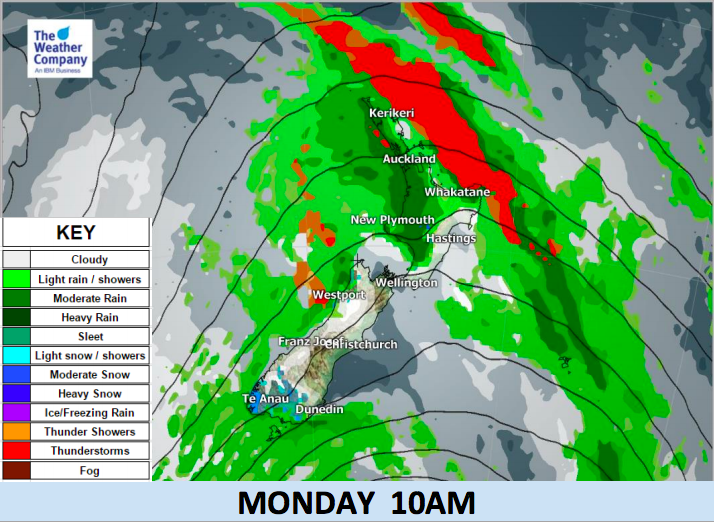 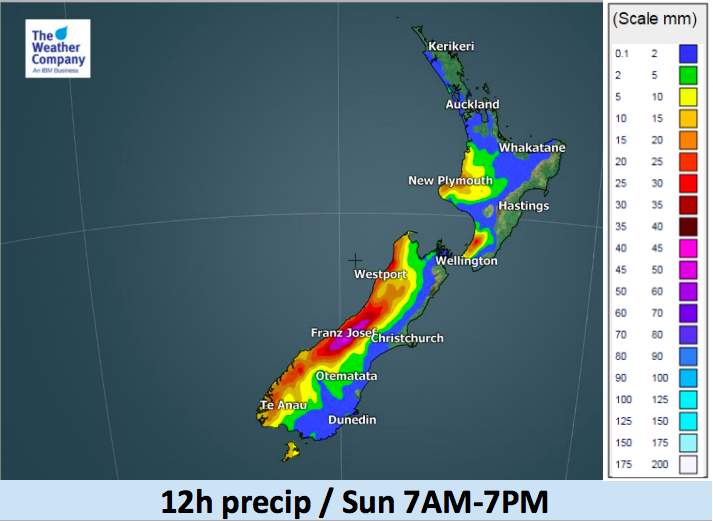 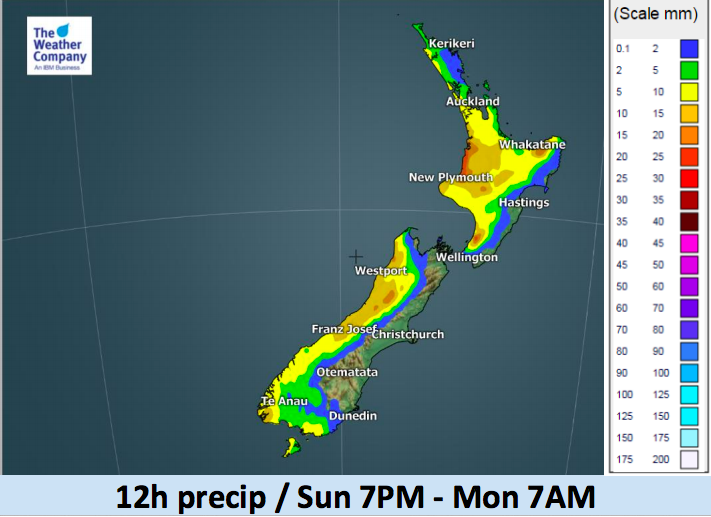 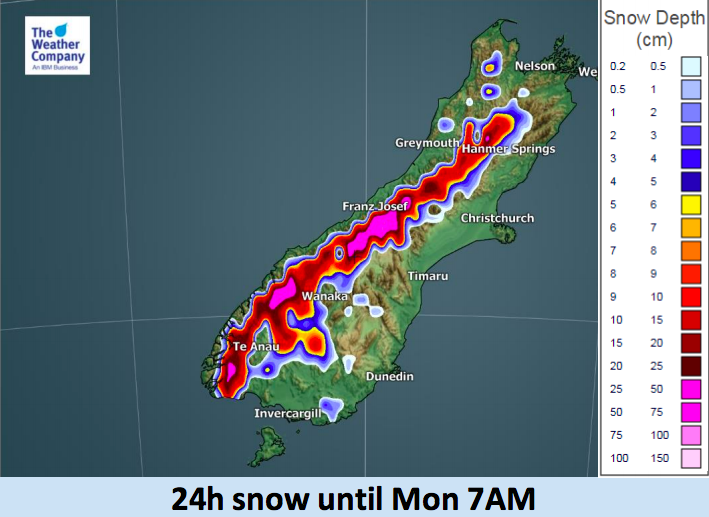 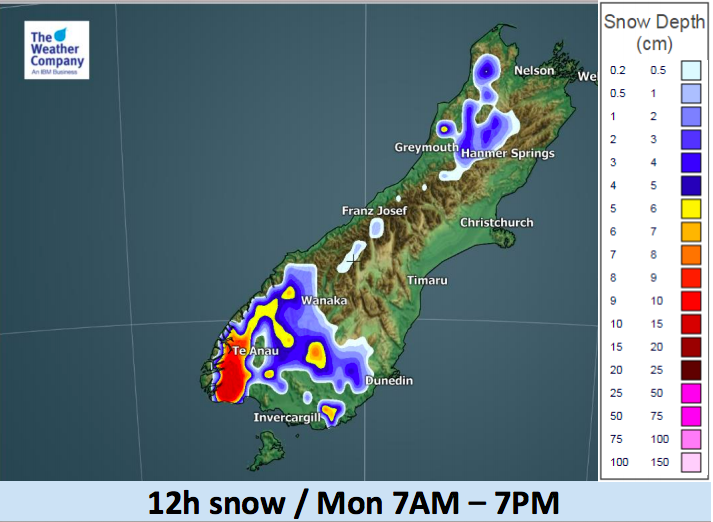