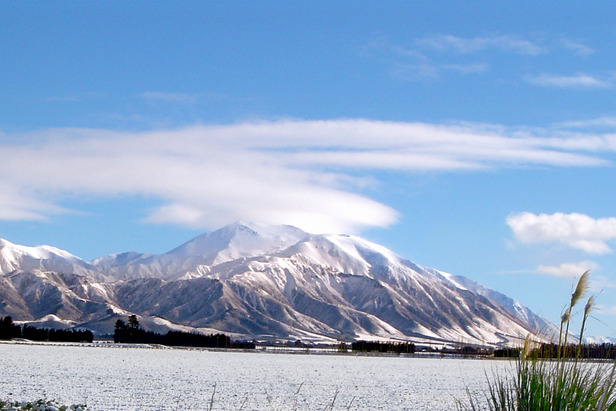 The southerly change that delivered rain for much of the South Island on Sunday and Monday has seen snow fall across the alps which has helped out skifields even before the season has officially got underway.

The Mt Hutt Ski Area is celebrating its second major snowfall in two weeks, announcing that winter had ”officially” arrived even though it’s not for another three weeks on the first of June.

A cold snap and associated snowstorm over the weekend delivered 20 centimetres of snow over the mountain.

The ski area access road has been blocked for two days with large snowdrifts at the Rakaia Saddle, and yesterday was the first day that Mt Hutt staff were able to make it to the ski area car park.

A bulldozer cleared an access track from the Rakaia Saddle to the base building car park.

Other skifields also received a dollop of snow ranging from a trace to as much as 20cm as well.

Another front is due to move across the South Island late tomorrow and early Friday with rain and snow in the mix.