Snow, gales and temps below zero 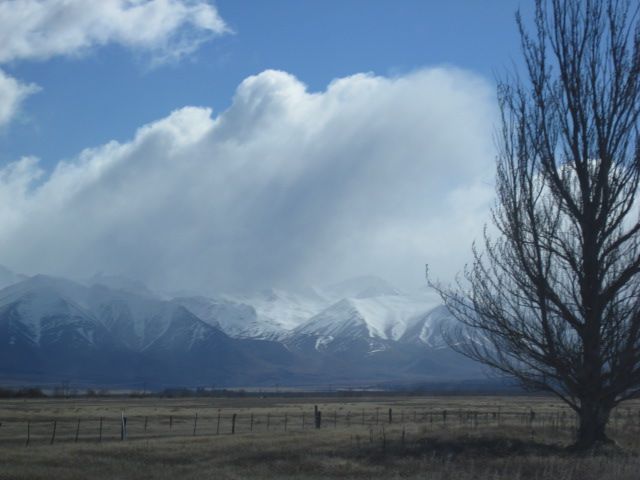 Tremendously cold southwesterly winds are covering the country this morning and combined with rain, hail, sleet and snow, it’s become a winter wonderland for many parts of the nation.

Centres that haven’t seen snow in years or decades got a taste overnight with Nelsonians being somewhat stunned and delighted as falls dropped to sea level in a few places.
WeatherWatch has delved into the history books and it appears the last time the Nelson region experienced some snow was back in 1945.

Although the South Island is seeing an easing today, temperatures remain around freezing or below with bitterly cold winds making it feel like minus 10 degrees in a few cases.

Road conditions up and down the country are marginal at best and WeatherWatch advises motorists to keep up to date with the latest road reports.

Christchurch this morning is waking up to a blanket of snow covering the city with more snow showers forecast.reports of between 10-30cm have come in and workers are being advised to stay home as snow continues to fall. Roads are treacherous in some areas, particularly on the Port Hills as the depth of snow has built up considerably overnight.The City council is expected to grit and clear snowy roads first thing this morning.
Christchurch Airport has cancelled some slights as has Dunedin and Invercargill.

Some centres escaped the predicted snow with Palmerston North, Timaru and Ashburton missing most of the action but other towns such as Hawera, Stratford, Nelson, Motueka and Masterton got surprise falls.

Auckland and Hamilton today may not see the snow but everything else could be thrown at it apart from the kitchen sink and even though maximum temperatures should remain in the single figures, it’ll certainly feel a lot colder.

Wellington is likely to see further hail and sleet with snow higher up plus bitterly cold southerlies and the Rimutaka Hill Road is likely to suffer as a consequence.

Today certainly appears to be an indoors day and it’s adviseable to only travel if necessary with the current conditions.

Christchurch Airport has cancelled some slights…

Well it finally arrived, its snowing in Mamaku, 20kms north of Rotorua.
Altho the fall is quite thick, its not yet settling so we’ll wait and see.

Must be exciting for you back in New Zealand I live in Sweden from NZ though and absolutely love the snow. With the planet now cooling again, the PDO going into its cold phase, low sunspot count and lots of volcanic activity this will likely happen more and more over the next 20-30 years.

Now cooling again? Sorry, but that is simply not true. No further comment from me though – I’m sick of arguments.

Well, if you use proper statistical treatments and not the rubbish used by the IPCC officials, it hasn’t warmed for over 10 years; that is the trend is indistinguishable from 0 at anyt reasonable level of certainty. So you may well be sick of having to justify your religious beliefs based on poor science, but maybe one day you’ll wake up to reality.

Religious? Nonsense. I don’t get my information from the IPCC – I get it from climate scientists and others who can understand data and properly- constructed graphs. Your comment is just one of the disingenuous pieces of meretricious denialism put about by MicroWatts and his coterie. Why don’t you pal up with Treadgold? You’d get on well.