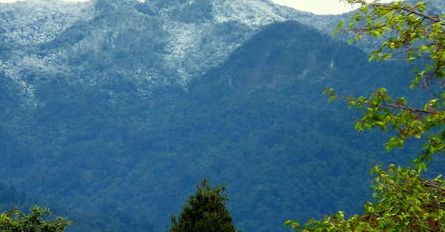 A strong cold front which passed over the city last night has left snow on Mount Wellington.

The temperature on the mountain was sitting at -3 degrees yesterday morning.

The Bureau’s Tim Bolden said there should have been enough snow to play in for the rest of the day.

“It looks from looking out the window like people could go up and have a play in the snow,” he said.

“Something a little more traditional for the Northern Hemisphere than for here but, yes, building a snowman the day after Boxing Day I think would be an interesting way to spend the day.

“There’s still some more showers expected today [Monday] and they will be falling as snow about the mountain,” he said.

“But other than that the day will actually be mostly sunny and it’s just a case of each cloud really has the potential to bring a shower, that snow line will gradually lift during the course of the day”.