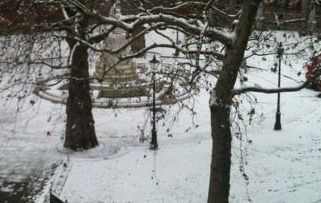 Britain’s second-largest airport was closed for a second day Thursday because of unseasonal wintry weather that was also affecting the European continent.

All flights into and out of London’s Gatwick Airport were canceled until 6 a.m. (1 a.m. ET) Friday, the airport said. It asked passengers to check with their airlines before heading to the airport.

Planes sat at the gates covered in snow and a spokesman said the snow was falling on the airport’s lone runway faster than crews could clear it.

“We are doing everything we can to resume operations,”the airport said in a statement. “Our teams are working around the clock to make the runway safe for aircraft to use and get our passengers flying again.”

Thursday, airport officials handed out 1,000 blankets along with food and water to stranded passengers who had little to do but sit around and hope for the weather to improve. 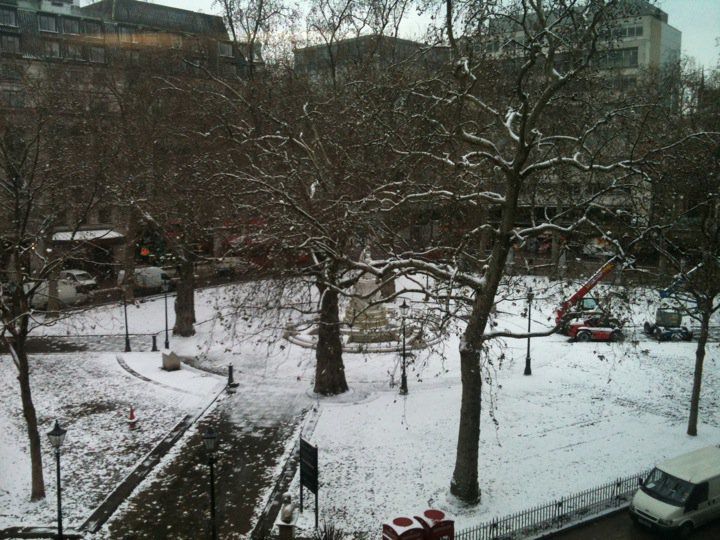 Snow starting to fall in Leiscester Square – sent in to WeatherWatch.co.nz by NZer Chris Nicholl

The United Kingdom has seen the heaviest and most widespread amount of snow since 1993 and the deepest November snow since 1965, the Met Office, Britain’s weather forecaster, said.

Forecasters issued severe weather warnings Thursday, predicting heavy snow for many parts of the country including Scotland, northeast England, parts of central England, and the entire south from Cornwall to London and the southeast.

Edinburgh Airport in Scotland was closed because of heavy snow, the airport said. London’s Heathrow Airport was open, but said some airlines were experiencing delays and cancellations because of snow disruptions at other airports.

Eurostar, which operates trains between London and the continent, said it was operating a “significantly reduced” timetable on Thursday with a number of cancellations, along with delays of as much as 90 minutes.

It said disruptions were expected through the weekend, and it advised passengers booked to travel through Sunday to postpone their journeys if not essential.

The main reason for the snowfall is the cold polar air sweeping across the North Sea, said Mari Ramos of the CNN World Weather Center. 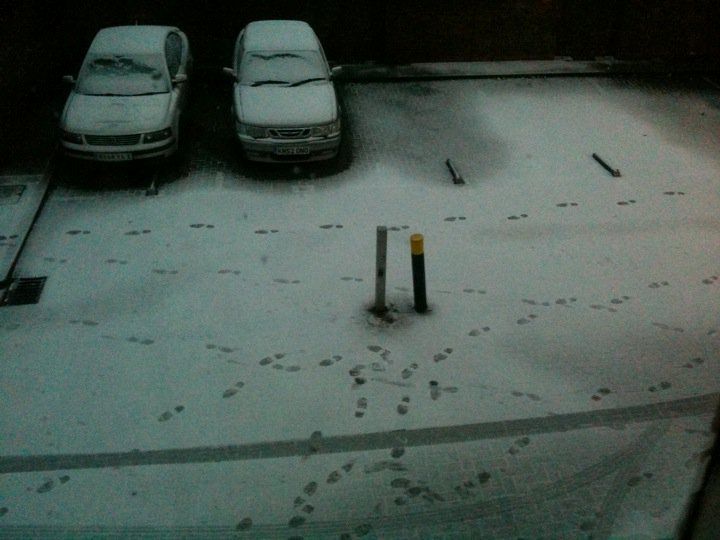 The sea is still relatively warm, at 9-10 degrees Celsius (48-50 degrees Fahrenheit), so as the water evaporates and is hit by the cold polar air, it turns to snow.

“You normally have this change in the wind pattern later in the season, but it won’t bring snow because the ocean will be colder,” Ramos said.

Snowfall has also been widespread across Europe, with unseasonably low temperatures — easily 10 degrees below average for this time of year — lasting much longer than normal, Ramos said.

Snow was expected across France, from the northern part of the country into the southern parts, near Switzerland and Italy, Ramos said. As much as six centimeters (2.4 inches) were expected in some areas.

A quarter of flights out of Roissy Charles de Gaulle airport and 10 percent of flights out of Orly were canceled Thursday, air traffic control said. Trains were delayed throughout France but were expected to run regularly Friday.

The snow was stretching into northern Portugal and central and southern Spain, with an unusual snowfall in Grenada earlier in the week, she said.

Temperatures were another big concern.

“The temperature will be in many cases 8-12 degrees below the average, and that’s not factoring in the wind,” Ramos said.

The chilly weather began over the weekend and is scheduled to last for a week, she said.

CNN’s Alex Felton in London, England, and Saskya Vandoorne in Paris, France, contributed to this report.