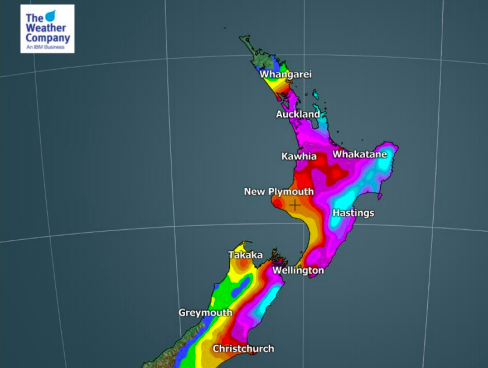 An area of low pressure is today dropping from the sub-tropics into the upper North Island and while very small in size it does pack a bit of a punch as it works in conjunction with a blocking high pressure system further south.

This large high will do two things to the low: 1) Slow down the movement of very isolated but quite intense rain which may lead to localised flooding. 2) Increase the squash zone of air pressure between the low and the high, in other words making for stronger easterly quarter winds which will reach gale force.

As we mention below, the area with the heaviest rain is quite isolated but also serious enough to monitor. To make matters more confusing this small low could move in a couple of directions over the next 24 hours which greatly affects where this small but heavy burst of rain may track. Due to higher uncertainty than usual with forecasts we advise people to stay up to date with all forecasts, warnings and the latest outlooks as some changes are likely. 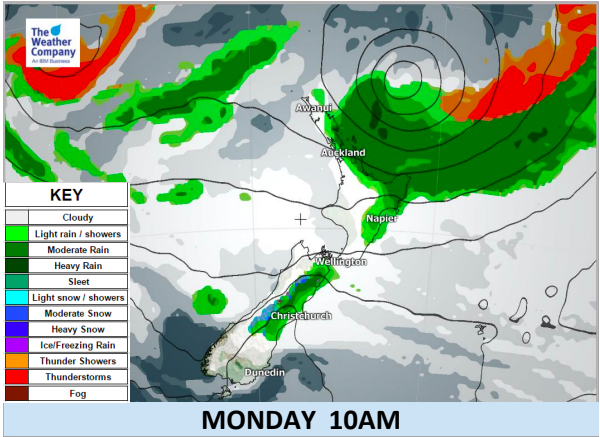 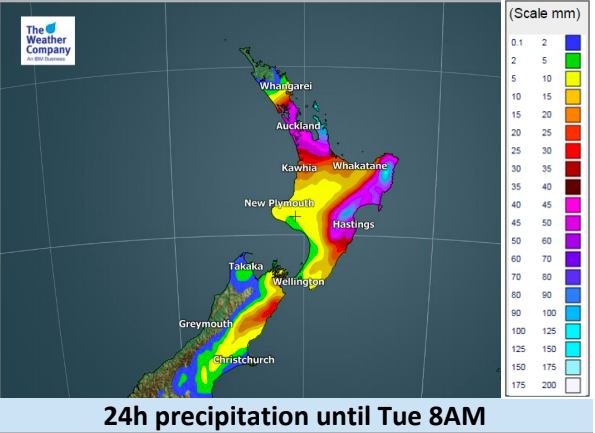 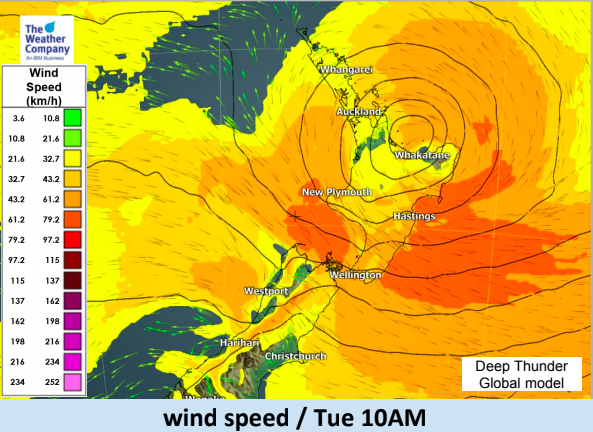