Slow moving low, most regions to see rain this week 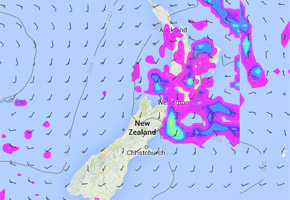 For todayâ€™s weather and to see how this newly forming low
pressure system affects conditions check out this mornings forecast here.

Sunny spells increase for the lower half of the South Island on Tuesday with southerly quarter winds easing after any early showers clear. For the upper half expect periods of rain for most with light southeasterlies, rain clears in the
afternoon on the West Coast north of Greymouth then sunny areas develop. Rain
clears overnight for Canterbury.

For the North Island expect cloudy skies in the west, or becoming cloudy. Rain or showers for most by midday with light northwesterlies. Along the east coast conditions are drier with thickening high
cloud, the odd spot of rain about Wairarapa from morning moves into Hawkes Bay
in the evening. Rain may be heavy for regions south of Lake Taupo overnight.

A ridge brings mostly sunny weather to the majority of the South Island on Wednesday, a cool start is likely. About Marlborough a southeasterly airflow brings cloudy periods and some rain. Rain or showers across most of the North Island with southerly winds increasing for most.

Morning rain or showers clears for most about the North Island on
Thursday as this weeks low finally moves offshore to the east into the Pacific
Ocean, showers hanging about Hawkes Bay and Gisborne with breezy southerlies
then clearing overnight. The South Island experiences what looks to be a sunny
clear day with light winds.

Friday is a typical set up before a front moves through the next day. A northwesterly airflow increases over the South
Island with high cloud and warm temperatures out east, a southwest change moves
into the far south overnight. In the west expect cloudy skies and rain about
Fiordland then spreading north overnight. The North Island is settled and sunny
under a ridge of high pressure, northerlies will freshen about Wellington. 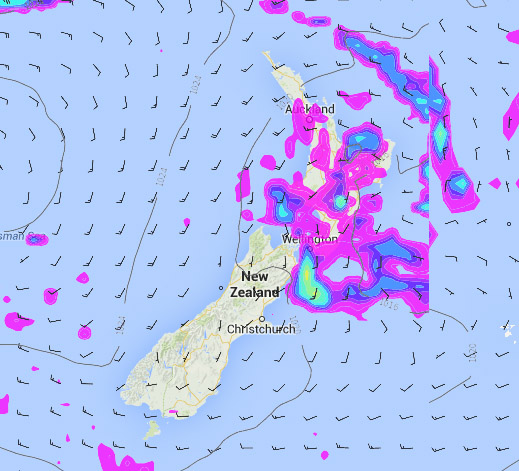