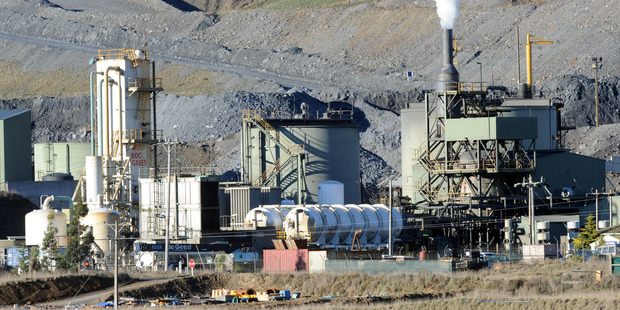 A massive slip at the open pit of the Macraes Gold Mine in Otago cut off access to underground workers, mining company Oceana Gold says.

The company confirmed the slip occurred yesterday following heavy rain in the area. The mine site, which consists of an open pit, an underground mine and an adjacent processing plant, is located between Palmerston and Ranfurly.

All staff who were working underground were brought safely to the surface.

APNZ understand the workers were flown to safety by helicopter, and the mine closed as a result of the slip.

Oceana Gold said it expected “minimal impact” on its short-term production, with stockpiles of ore available for processing.

Worksafe NZ confirmed an investigator was on their way to the mine site on Sunday.

Oceana Gold spokesman Darren Klinck confirmed a helicopter flew underground workers out of the pit after the slip cut off the mine’s haul road.

“We expect to repair the haul road over the next few days. No injuries of any sort and we were monitoring the movement as we always do,” he said.

Earlier this year, 39 Gough Group employees working at Macraes gold mine were laid off with more job losses in the pipeline at other contracting firms around the region as a result of cost-cutting measures at Oceana Gold.

Gough staff were informed of the cuts during a meeting at Macraes Flat, at the same time as Oceana Gold staff in Palmerston.

However, many of the other major contractors at Macraes were surprised and left reeling after learning of Oceana Gold’s staff cuts.