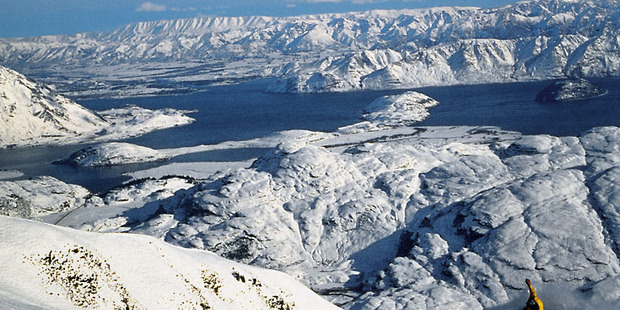 Mt Ruapehu’s Whakapapa and Turoa skifields, Roundhill at Tekapo and Ohau near Twizel had all been due to kick off today, but a dearth of snow will likely keep their ski lanes closed for a few more days.

Treble Cone, at Wanaka, had to push back its Thursday opening date after heavy rain washed away some of its snow cover, while The Remarkables at Queenstown needs another 25cm of the white stuff to open.

The delays have been blamed on a warm June and a poor few weeks for snow-making, dashing hopes that had been raised by big snowfalls in May.

Climate scientists are expecting one of the warmest Junes on the record books, with temperatures so far tracking well above average.

“It’s certainly been one of the most anxious lead-ups in the years I’ve been here,” Mt Ruapehu customer relations manager Annah Dowsett said yesterday.

A cold blast gave both sides of the mountain a blast last night, but the snowy weather was forecast to clear again this weekend.

Ms Dowsett said staff were reviewing conditions daily and the season could open at relatively short notice, especially if the weather allowed staff to ramp up snowmaking.

“We’ll move heaven and earth – if it means that we are working 24 hours around the clock to get it operational, we’ll certainly be doing that,” she said.

“People are disappointed there is no snow – they know we can’t do anything about it, but they are ready to just come to the region this weekend anyway.”

In Ohakune, the season delay did not mean fewer visitors this weekend.

“My understanding is town is close to full up, if it’s not already full.”

In the south, those areas that had been able to open – Mt Hutt and Coronet Peak – were attracting “reasonable” numbers of visitors, NZSki sales and marketing general manager Craig Douglas said.

“But it’s still very early in the season, and we are certainly far from capacity.”

While June had been warmer than expected, healthy amounts of snow usually arrived in time for the annual July school holiday boom.

“We’ve had better, but we’ve had worse. In this industry we deal with the vagaries of weather … and they are very vague.”

National Institute of Water and Atmospheric Research meteorologist Chris Brandolino said NZ’s average temperature across the month had so far been 10.5 deg – 2 degrees above the long-term average for June.

Anything more than half a degree over the average is considered above normal, but a 2-degree difference was “well above normal”, he said.

Whenuapai in Auckland recorded a mean of 12.8 deg – 1.6 deg above average – and was on track to have its warmest June since records began in 1945. Tauranga, which has enjoyed a mean of 13.1 deg was due to get its warmest June in a century, while Mangere in Auckland, with a 13.7 deg mean that was 1.9 deg above average, would likely get its second warmest.

I see metservice has an alert in their Severe Weather Outlook for heavy snow in the South Island from Wednesday to Friday, to 300/400 metres.  I see their forecast maps show a significant SSE flow over the South Island at that time, but your models show more SW winds until late Friday.

I guess this is the variations we get between the different forecasting models used, we won’t know which forecast is correct – if either of them turn out that way – till much closer to the time.