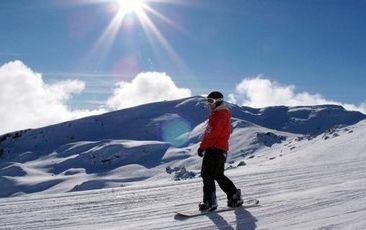 Skifield operators are keeping prices down as they look to rebound from the recession and attract more families.

Mt Hutt, in Canterbury, has slashed the prices of its early offer for teenagers’ season passes by $150 and raised the age for free child entry from 6 to 10.

All other passes have been held at last season’s prices, as have those at Coronet Peak and the Remarkables.

In the North Island, Ruapehu sold its first batch of season passes in November, at prices unchanged from last season for returning customers.

It is expected to announce an annual increase of just $15 for its second batch of sales, in April.

“We felt the climate was such that people were finding things pretty tough to put prices up – even though the costs of our business are going up,” said Craig Douglas, a general manager at NZSki, which operates Mt Hutt, Coronet Peak and the Remarkables.

“We obviously try to reflect the costs of running the business in the pricing to get appropriate revenue, but things are just getting tighter and tighter.”

There have been negative public reactions in the past for price hikes.

“It’s just [based on] observations in the market,” Mr Douglas said. “I would be surprised if other ski areas increased prices. I think it’s seen as a year to consolidate.”

Mt Hutt would have discounts for families, particularly for the benefit of those affected by the earthquake, he said. “We’re conscious that a lot of Christchurch families are looking to do different things with their time.”

NZSki’s slopes are also introducing a credit system on its lift passes that will let skiers pay for meals and other items without cash or an Eftpos card.

People who buy season passes early will get a $100 credit.

Mt Hutt will have free skiing for children under 10, matching the Remarkables and a wider campaign across Methven businesses.

The maximum age for free skiing at Coronet Peak – the more popular of the NZSki resorts – will remain at 6.

Dave Mazey, the general manager of Ruapehu’s operator, said its prices would be limited to “minor increases”.

“The last two years have been tough … Last year we had a significant drop in the domestic business from mid-September … when a lot of the spend was taken up in the Rugby World Cup event, as expected.”

Without the World Cup, last year was probably better than 2010, he said, when the struggling economy noticeably affected patronage.

Season passes will be sold in April for $430 – up from $415 last year. Youth prices are yet to be finalised but will probably be about $245, and free for children aged 5 and under.

“The season pass pricing is the one area where we offer a product reasonably lower than in the South Island … We’ve been in that game for 10 years,” Mr Mazey said.

Though the economy affected business on the mountains, having plenty of snow and good weather on key weekends were bigger factors, he said.