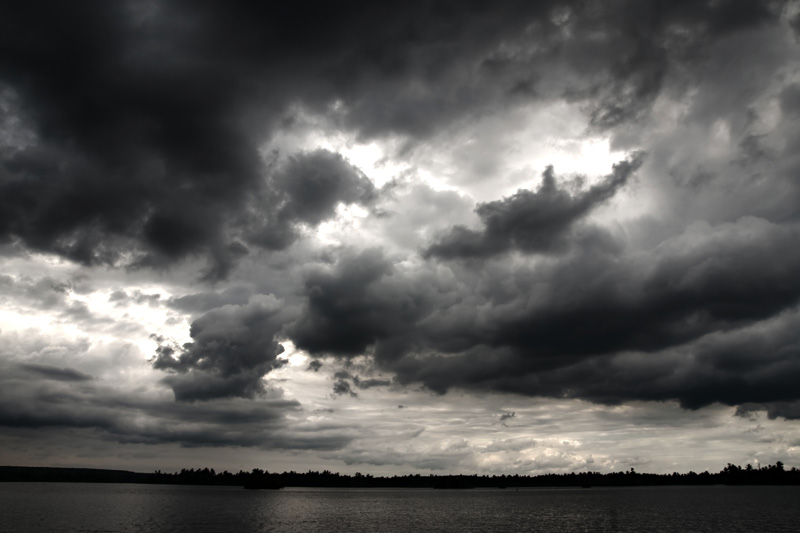 Conditions continue to deteriorate over parts of the country this afternoon with heavy downpours and thunder across parts of the upper north and a cold southerly brewing in the south.

Winds and rain are set to go up a notch or two later today and tonight/overnight for northern New Zealand and also the south and east of the South Island.

Seevere wind gusts, heavy rain, thunderstorms and snow, rather heavy at times, are all predicted to hit over the next few hours.
“Some of the wind gusts over the top of the country do look pretty full on” says weather analyst Richard Green.
“it’s hard to get an exact guage on it but during the hours of darkness it looks at its most intense. Auckland city looks more likely tonight but moreso overnight at the height of the blow”.

Weatherwatch says Auckland has already seen some substantial falls and one or two areas with localised flooding. This could be the precursor to what is instore tonight.

Temperatures have fallen over the southern half of the South island but the rain and snow has yet to fully develop. Inside the last hour winds have swung to the south over Christchurch with clouds moving in fairly quickly but the rain remains to the south.

Paula mentioning “Kind of eerie in Katikati. Sun is shining but big black clouds gathering around the Kaimais. Slight breeze now where as it was still earlier. Very warm though, must be 20C”.

Kerry is prepared for anything tonight – “Getting very grey and looks like its going to rain shortly, wind picking up – east Auckland. Have laptop and phone charging (and some chocolate) just received an advisory from Auckland civil defence re damaging winds especially from 11pm tonight but really picking up from 5pm and notice re possible power outages, have torches to hand and lamps keep safe everyone”.

WeatherWatch would like to endorse Kerry’s comments and later tonight does appear to be the peak of the rough weather. Preparation is good in case of any significant event taking place.

Karly’s weather station in the Bay is signalling a change “Napier 21.1 deg starting to cloud over, 984.6 hpa . Weather station flashing rain furiously, looks like the lousy weather is on its way!”

Parts of Wellington, Manawatu and Horowhenua have seen the most settled weather today before it’s expected to turn tonight… “Light scattering of high cloud, very warm and calm here in Levin. Looks like we will miss most of this severe weather again, so once again i say… Horowhenua is the place to be for the perfect weather” according to Andrew.

As darkness hits later today it appears the worst of the weather will shift into north and southeastern areas and we’ll keep you up to date with the latest information. Thanks for all your posts and comments!

Only a few heavy showers in Manurewa. No wind or thunderstorms yet. Have they passed or still due to come?

Just a little high cloud, plus some low cloud on hilltops west side of harbour. Lucky it has lasted for so long today.