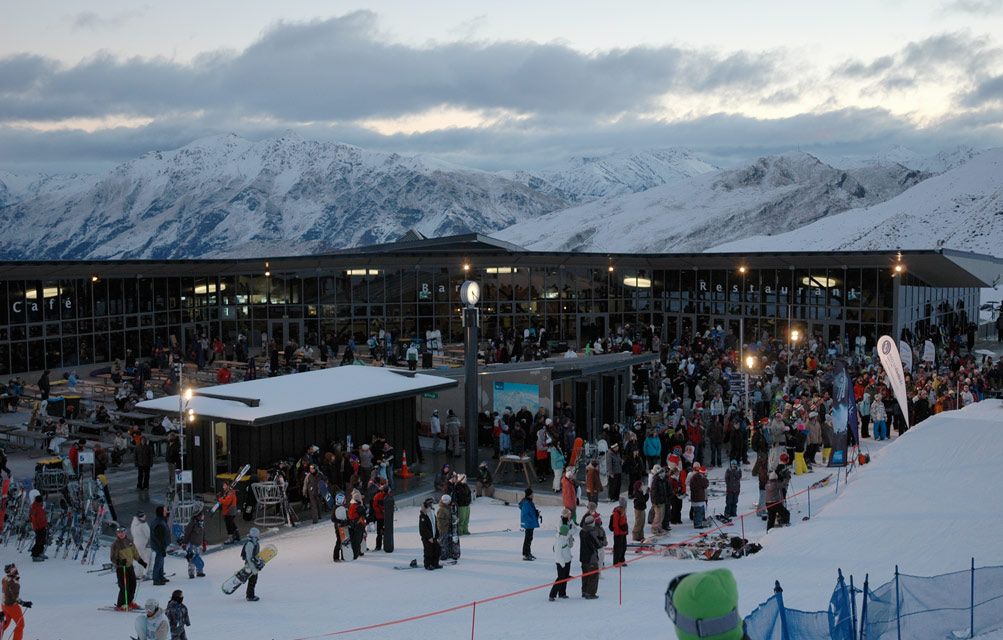 The ski season for 2013 got underway over the weekend with a good start at Coronet Peak, Queenstown on Saturday.

Recent snowfalls combined with man made snow lead to a good base of 30cm with hundreds of skiers taking advantage of the first field to open in Australasia.

A few Australians were there for opening day as lean conditions on the other side of the Tasman has lured a number coming in this direction.
Although it’s early in the winter season snowy skies have been lacking in both Victoria and New South Wales and interest in Kiwi fields is high.
Bookings are apparently already 20% up on a similar time last year.

The next skifield to launch for the winter season is Mt Hutt which is set to open this Saturday which good conditions underfoot taking shape.

The remainder of the South Island and North Island fields are likely to open during the following three weeks.

The next significant snow for the mountains is due next weekend with an incoming low likely to bring decent falls to numerous skifields for a time and just after the shortest day, in about a fortnights time, there’s a chance of another bigger dump.

“A couple of systems do show at this point that there’s more snow on the way but next weekend could break up a little however its too early to call on exact amounts” says weather analyst Richard Green.
“The following weekend seems to show a larger system pushing in that could bring a good covering over higher levels of both islands”.

We all should remember that early-seson hype means nothing. Rainouts later in the winter down there made a poor season. But first the $$$ have to be extracted from the visitors ….

Checked on Saturday an 2 ski areas were open in Australia, all this talk about us being first is a little silly when it was only 2 hours.