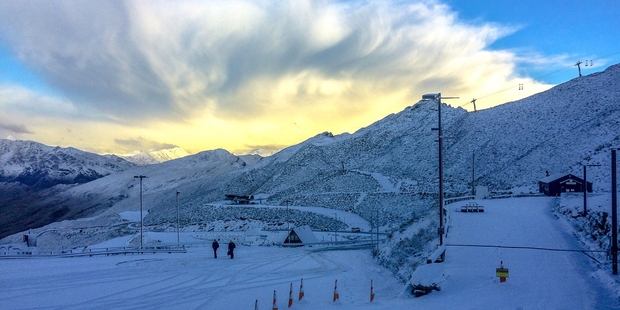 Skifield managers are hoping for a bumper year with the possibility of a snowier season than last year.

Winter resorts around the country are experiencing their first snowfalls for the year.

Nearby at Mt Hutt, ski manager James McKenzie said some snow had fallen at Methven, but not as much as at Queenstown.

“This time last year we had no snow so it’s a little bit more than last year, but not a lot to talk about really.

“We’ve had the occasional snow shower through … the top of our mountain is white but it’s looking very thin.”

“The 10-15cm we received last Friday on the upper mountain just reminds us winter is not far away at all.”

Mr Dickson expected enough snow to fall between now and the end of June to allow the skifields to open on time this year.

Same story turns up every year – I guess they’ll be lucky one day. Given the high NZ dollar I expect attracting Australian business could be a challenge.