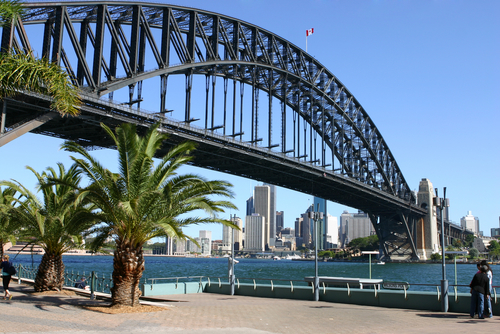 The 40s have almost become commonplace over parts of Australia recently and today it looks like Sydneys turn.41 degrees is the expected high with sunny and very hot northerlies anticipated for the big city.

Smoke and haze is also in the forecast and the fire danger is again extreme which is keeping local authorities on high alert.

A cooler change is expected later today and some moisture is likely over the following 48 hours before temperatures are expected to climb again.

November has been very hot in South Australia, Victoria, parts of Tasmania and also New South Wales and the disturbing thing to note is that summer has yet to officially to get underway.

Be nice if they could share some of it over here,balance both here and Sydney out around 28-30c.The rain today is welcome for most though after those winds.Its part of el nino,drier there and windy and cool here.It may even settle down (ie plenty of rainfall) over there in high summer when heat lows develop due to the high sun.