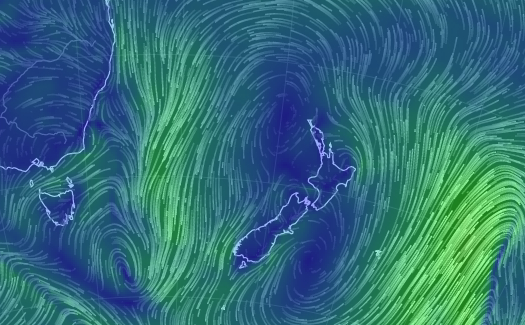 A northwesterly airflow will increase over the country on Tuesday, which will be good news for the East Coast of the North Island, with warm winds and clear skies, but bad news for the lower half of the South Island.

The west of the North Island can look forward to a mostly cloudy day, with west to northwest winds and patchy showers north of Taranaki – while staying dry further south.

It’s looking a bit dreary for the far south – with Southland looking at high cloud and a few spots of morning rain, though this should clear to sunny spells and northwesterly winds – although only until evening, which may bring a few more showers.

Otago can expect that rain to hit around late morning or early afternoon, with Canterbury next on the radar – probably late afternoon. Rain overnight for areas north of Banks Peninsula too.

For the West Coast, cloudy with light drizzle, as rain moves into South Westland in the late morning and moves north, to hit Greymouth by evening.

Nelson sees sunny areas and some cloud, which thickens in the evening – then rain moves in overnight.
North to northwesterly winds will also increase during the day.