Signs of winter for southeastern Australia 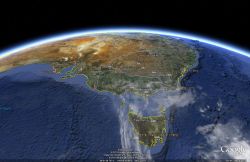 Unfortunately for the summer lovers there is now a very low chance of any extreme heat for the southeast states of Australia until at least next Spring.

A deep low over Tasmania has directed cool winds over the southeast of the country today. These cool winds combined with cloud and showers to keep daytime temperatures well below average across southern NSW, Victoria, Tasmania and southeastern SA.

Adelaide has just had its coldest consecutive days since November last year, with temperatures remaining in the high teens.

Temperatures were up to ten degrees below average in Victoria. Mortlake was shivering through its coolest March day in three years with a top of 15 degrees. Mt Hotham reached a chilly 7 degrees, the coolest since last December.

Today was also the coldest day since spring for the southern inland of NSW. Temora and Hillston only reached 19 degrees, 10 below average. It was Hillston’s coldest March day in 12 years.

Abundant moisture and cloud over the country’s interior over recent weeks has broken up the heat that built during summer. With shorter days and in turn less warming from the sun, we will now see an increased frequency of these cool to cold days.