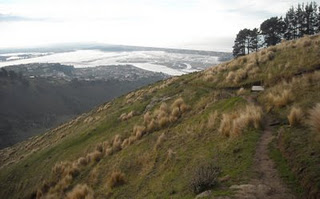 This time last week it appeared that show week weather in Christchurch and Canterbury was going to be a sizzler but instead it was more like a fizzer.

“I said last week that Show Day itself was going to be warm and temperatures could be in the mid to high 20s” says weather analyst Richard Green. “Instead it was mostly dry with sunshine and high cloud but a strong cold easterly dropped the temperature down to the mid teens and it felt even colder. The week in general has been up to 5 degrees colder than usual on some days and totally our of character for show week”.

Cup Day on Tuesday saw some liquid sunshine by mid to late morning however the sun did show itself for much of the afternoon which pleased many who went to Addington Raceway however an easterly kept a lid on the temperatures. The rain on Tuesday was the first for Cup Day in over 40 years in Christchurch but it didn’t stop more than 20,000 people turning out and some making a few dollars on course.

Temperatures yesterday felt the coldest overall over the last 7 days and were more like late August.
Christchurch saw grey skies and cold blustery sou’ westers with passing showers.
The mercury struggled to get into the teens and felt more like 8 or 9 degrees in the wintry wind for much of day.

It has been one of the coldest show weeks for some years and southerners have commented how Spring has generally failed to warm up consistently however there’s a chance temperatures could climb a little over the next few days but be warned another pool of chilly air could take place just before next weekend.

Yea in Christchurch temperatures overall recently seem more like september/ october than november being around 16/17 degrees rather than 18-20 on average, which would be expected for this time in the year. Is there any particular reason for this and into summer do you think this will continue?