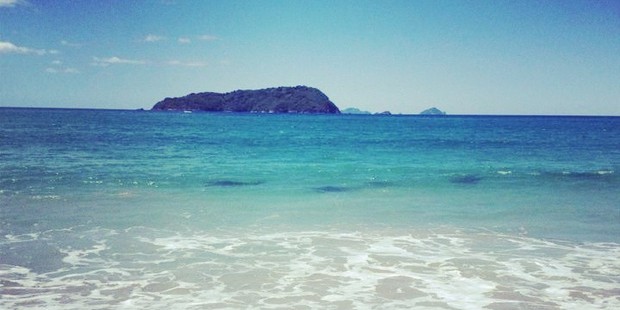 A shiver of sharks and a fever of stingrays made appearances at North Island beaches today.

Windy conditions kept large crowds away from the beaches and many reported a quiet day.

However, a shoal of about eight sharks caused excitement at Coromandel’s Pauanui Beach this afternoon, with their arrival shutting the beach for about three hours.

She was not sure how many were in the group or what type they were.

“If there’s a sighting we have to follow surf lifesaving protocols, so we have to drop our flagged area and make sure everyone’s out of the water and warned of the sharks.

Most people steered clear of the sea, with just one kayaker venturing in, Ms Smith said. The beach reopened by 5pm, she said.

British body boarder Adrian Thompson was in the water with his New Zealand-based lifeguard brother, who believed the sharks were bronze whalers.

That species is not known to be especially dangerous to humans, but have been responsible for a number of non-fatal shark attacks.

Mr Thompson said the sharks didn’t seem particularly interested in the swimmers and kept their distance.

“We weren’t too worried … it’s not going to keep us out of the water, that’s for sure.”

Witness Jennie Reardon said one of the sharks passed about 2-3m away from her and her husband near the south end of the beach.

“There was an element of `Really?’ in our minds because you don’t expect it, but we just backed our way out of the water. I think we’ll buy a Lotto ticket this week.”

Another beachgoer Ian Ward was in the sea with his son and grand-daughters when they saw the sharks “lazing around very close to the water’s edge” around the last surf break. “They were around 1.6 metres to 2 metres in length,” he said.

Further south at Papamoa beach in Bay of Plenty, about half a dozen stingrays caused interest.

Patrol captain Shaun Smith said they were “nothing to worry about”.

The public were warned they were there, but the beach was not closed because of the sightings.

“The kids like to see them,” Mr Smith said.

Mt Maunganui beach patrol captain James Ray said as well as it nearing the end of holiday season, the wind had picked up, which put people off coming to the beach.

Piha beach patrol captain Logan Adams said there had been a couple of rescues of children caught in rips, but nothing serious.

A Surf Lifesaving spokesman at Waihi also said the wind kept a lot of swimmers away.