Series of fronts moving through 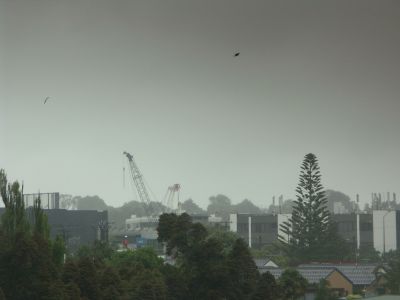 A series of fronts is moving across New Zealand this weekend with the first main rain band currently moving over the upper and western sides of the North Island.

Widespread thunderstorms were detected earlier today off the west coast of Northland however have eased this afternoon.  A risk remains for thunderstorms along the North Island’s west coast until later tonight.

Meanwhile gusty winds are affecting some northern regions.  Near gale force nor’westers are blowing across exposed parts of Auckland with gusts over 100km/h on the Manukau Heads.  Gusts near 70km/h are affecting suburban areas.

Gusty winds are affecting most North Island centres however South Islanders have a much calmer, cooler, day.

Temperatures in the South Island vary from just 4 degrees in Milford Sound this hour to 15 degrees in Christchurch.

In the North Island a colder change has spread across Auckland where it’s now only 12 but many other eastern centres like Whangarei, Whitianga, Gisborne and Napier are around 16 and 17.