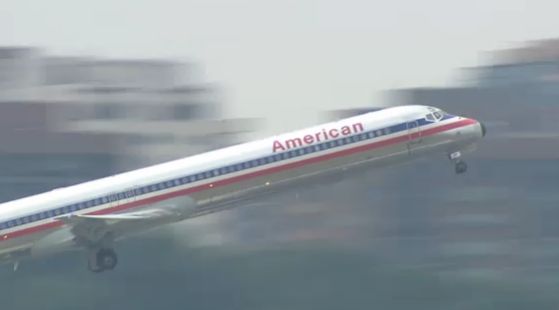 An American spokeswoman confirmed both incidents took place on Saturday and Monday. There were no reports of injuries to passengers on either 757 aircraft.

The first incident occurred on a flight from Boston to Miami that was carrying 175 passengers. It diverted to New York’s John F. Kennedy Airport when three seats in Row 12 came loose shortly after takeoff.

A second, similar incident occurred on Monday on a flight from New York to Miami with 154 passengers. It returned to JFK without further incident.

American said in a statement that an internal investigation indicated there could be “a possible issue” with a certain model of seats and “how they fit” into tracking used to secure them.

Andrea Huguely, an airline spokeswoman, said the company would never “compromise the safety and reliability” of its fleet.

American said that “out of an abundance of caution” it had decided to reinspect eight 757s that could possibly have the same issue.

Huguely confirmed some of the seats were installed by contract maintenance workers as well as American employees.

“The issue does not seem to be tied to any one maintenance facility or one work group,” she said.

Gregg Overman, a spokesman for the pilots’ union, said it was “an embarrassing problem.”

The airline said the incidents were reported to the Federal Aviation Administration.

American Airlines declared bankruptcy last year and has been wrangling with its major unions over contract terms.

In the past month, more than 1,000 American flights have been canceled and 12,000 delayed.

Airline management blames the situation on pilots filing what it claims are frivolous reports about aircraft problems. The pilots’ union denied management’s assertion.