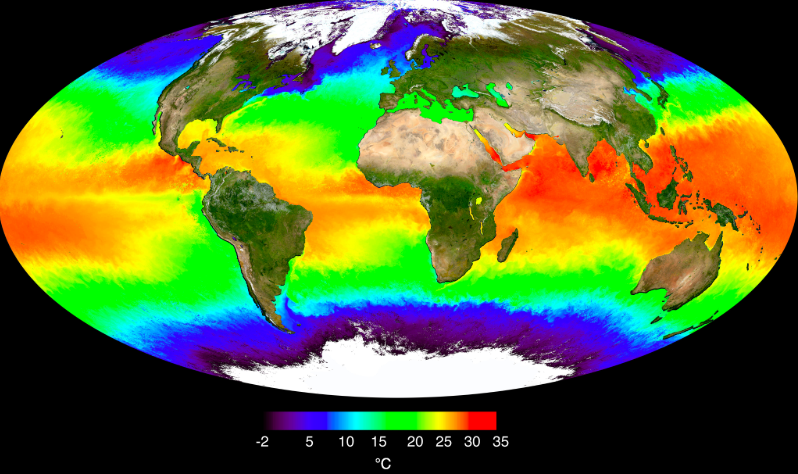 By Laura Smith-Spark, CNN — Scientists behind a study that found the world’s oceans were warming faster than previously believed have said their work contained errors, which means they cannot reach conclusions with such certainty.

The issues “do not invalidate the study’s methodology or the new insights into ocean biogeochemistry on which it is based,” said co-author Ralph Keeling, in a note added to the original news release on the study from the Scripps Institution of Oceanography. But they do mean the scientists must redo their calculations.

The study, published in the journal Nature on November 1, found that “ocean warming is at the high end of previous estimates.” The researchers, led by Laure Resplandy of Princeton University, used precise measurements of atmospheric oxygen and carbon dioxide between 1991 and 2016 to produce an independent estimate of ocean heat uptake over that period.
Since publication, two problems had come to their attention, Keeling said, one of them related to incorrectly treating systematic errors in the measurements of oxygen.
“We expect the combined effect of these two corrections to have a small impact on our calculations of overall heat uptake, but with larger margins of error,” said Keeling. “We are redoing the calculations and preparing author corrections for submission to Nature.”
Nature said it was looking into the matter.
“Maintaining the accuracy of the scientific record is of primary importance to us as publishers and we recognize our responsibility to correct errors in papers that we have published,” a spokesperson for Nature said in a statement.
“Issues relating to this paper have been brought to Nature’s attention and we are looking into them carefully. We take all concerns related to papers we have published very seriously and will issue an update once further information is available.”
The research was published weeks after a dire report from the United Nations warned that humanity has just over 10 years to act to avoid disastrous levels of global warming, urging governments to make “rapid, far-reaching and unprecedented changes in all aspects of society.”
The UN report found that the planet would reach the crucial threshold of 1.5 degrees Celsius above pre-industrial levels by as early as 2030, precipitating the risk of extreme drought, wildfires, floods and food shortages for hundreds of millions of people.
Climate scientists say rising ocean temperatures have fueled more powerful storms and are killing off underwater wildlife like Australia’s Great Barrier Reef.
– CNN.com