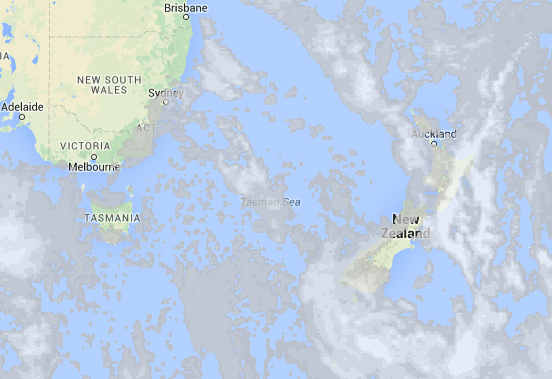 We’re in for a bit of a messy sort of a weekend, as three weather systems jostle for position over the country – two in the south and one in the north.

The two weak, low pressure systems over the South Island should result in a largely cloudy day in the east, light southerlies and the odd drizzle patch the only real intruders, and these will be restricted to inland areas in the afternoon on Saturday.
Most of the weather for the rest of the South Island is looking pretty consistent with what we’ve picked all week – it’s the North Island that will spring a couple of surprises….

For Taranaki northwards including Northland, Auckland, Bay Of Plenty, Waikato and the Central North Island a slow moving front currently lies over the area.
It is quite broken up, meaning some regions may only see patchy drizzle, while others may see more sustained periods of rain at times.
Winds are from the north, and temperatures will be in the high teens for most.

South of Taranaki, generally speaking any early showers will clear, then you can expect sunny spells with light westerly quarter winds.
Along the east coast, northern Waiarapa and Hawkes Bay sees areas of cloud, with the chance of a shower spreading from the west at times.
Gisborne is looking much nicer, with northwesterlies and warm temperatures the order of your Saturday.