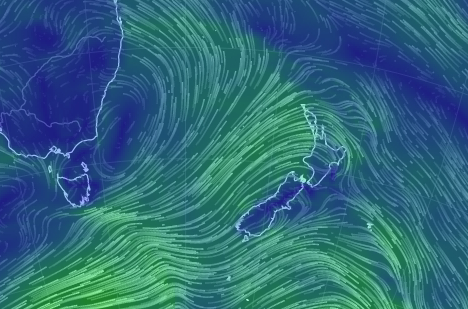 Tomorrow is looking like a strengthening west to northwesterly airflow over the country, with showers for western regions while staying dry in the east.

Showers in the west of the North Island will stick around for most of the morning but run out of puff by the afternoon, to leave things mostly dry.

The lower southwestern corner of the North Island will be in for strong west to northwest winds from afternoon.

In the South Island, eastern inland parts of the island will see a calm morning turn into a rather gusty afternoon, Canterbury northwards especially.