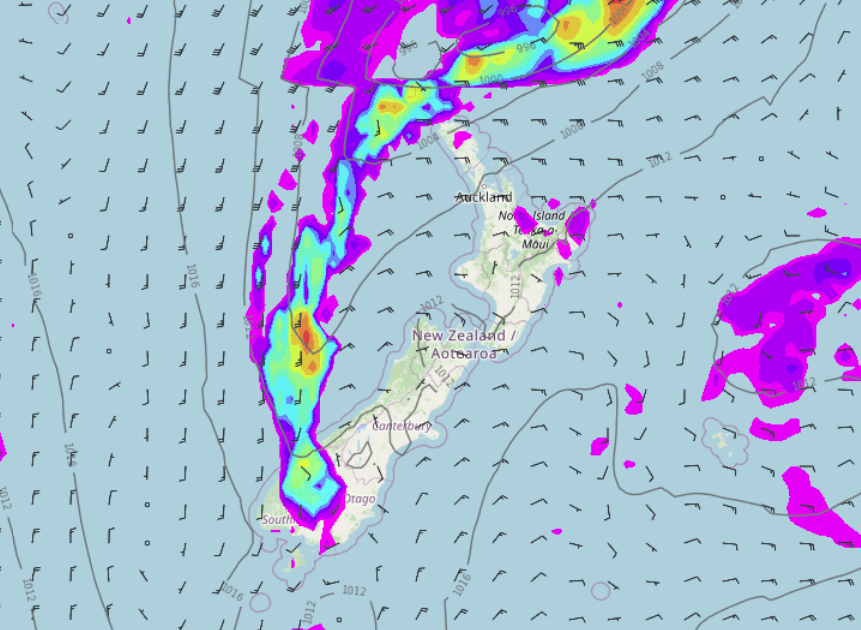 Northland, Auckland, Waikato & Bay Of Plenty
Cloudy areas for Waikato and Bay Of Plenty, perhaps a light shower (mainly morning) and some sun breaking through in the afternoon. Northland can expect a mostly cloudy day with showers, northern Northland sees some rain. Auckland may be mainly dry with just high cloud, still the risk of a shower though especially afternoon. Breezy east to northeasterly winds tend southeast later in the day or overnight.
Highs: 16-17

Eastern North Island
Morning low cloud or fog then expect sunny spells, cloud may thicken up again in the evening with a light drizzle patch or two. East to northeasterly winds.
Highs: 15-16

Southland & Otago
Mostly cloudy with occasional showers, especially in the west. Coastal Otago may have fairly dry day but still the risk of a shower or two. Southwesterly winds.
Highs: 11-13