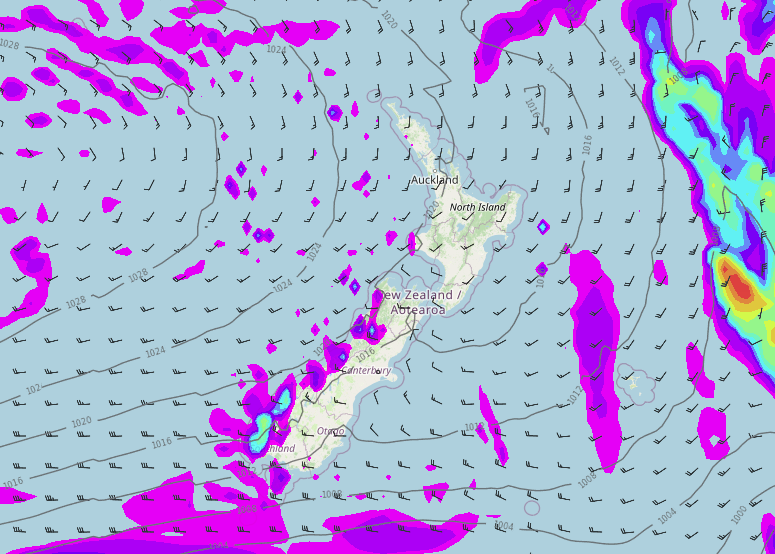 A ridge of high pressures sticks its nose in over New Zealand today extending out from a high in the Tasman Sea, so the weather is fairly settled today for most. But we still have a general southwesterly airflow over the country and a few showers for some coastal parts.

Northland, Auckland, Waikato & Bay Of Plenty
Partly cloudy for Northland with a few showers in the west, cloud thicker in the morning then breaking up a little. South of Auckland conditions are sunnier but cloud thickens in the evening. Bay Of Plenty has a sunny day. Southwesterly winds.
Highs: 18-20

Western North Island (including Central North Island)
A mix of sun and cloud, cloud may be a little more persistent about the outer point of coastal Taranaki bringing a shower or two. Southwesterlies, tending northwest in the afternoon south of Taranaki.
Highs: 12-19

Marlborough & Nelson
Mainly sunny weather, there may be a touch of high cloud. Light winds tend north to northwest in the afternoon.
Highs: 17-18

West Coast
Partly cloudy, a few showers move into Fiordland in the morning then cloud thickening further north in the afternoon with showers gradually moving in there. Southwesterly winds.
Highs: 13-17