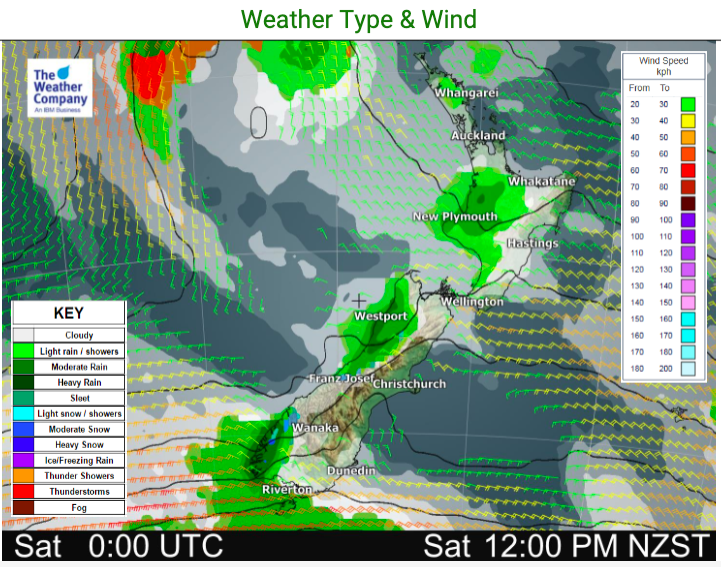 Updated: Not so many showers in the forecast for northern NZ today as our pervious update stated.

A northwesterly airflow lies over New Zealand today with a broad area of low pressure to the northwest in the Tasman Sea.

Northland, Auckland, Waikato & Bay Of Plenty
Sunny at first then cloudy areas. Mainly dry but some risk of an isolated shower, more so from afternoon and then clearing in the evening. Showers a little more likely about the Waikato than elsewhere. Northwesterly winds. A mild afternoon.
Highs: 16-18

Western North Island (including Central North Island)
Cloudy areas, a shower or two about coastal fringe areas spreading elsewhere in the afternoon. Showers clear in the evening. Some rain at times for Taranaki. Northwesterly winds.
Highs: 12-16