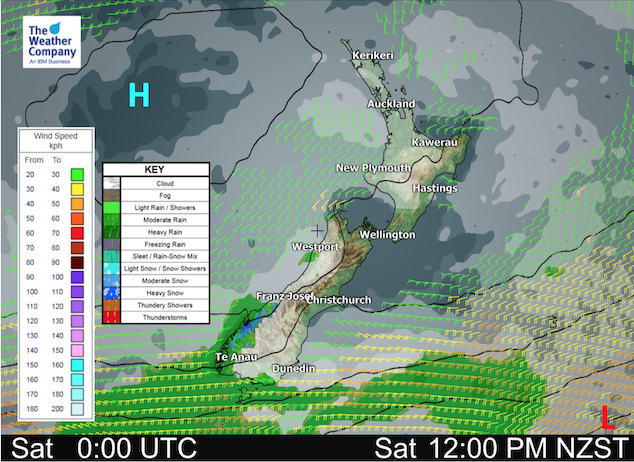 West Coast
Mostly cloudy, showers for Fiordland, further north conditions are mainly dry but there may be a brief spit or shower at times. Winds are mostly light.
Highs: 8-12