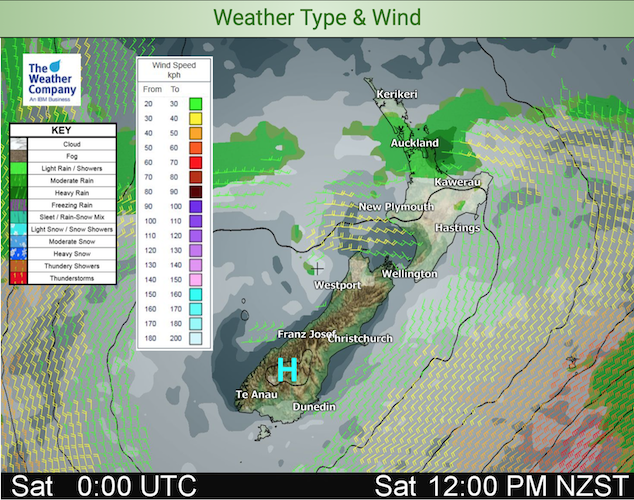 An anticyclone cover most of New Zealand today, a front stalls over the upper North Island however delivering some rain.