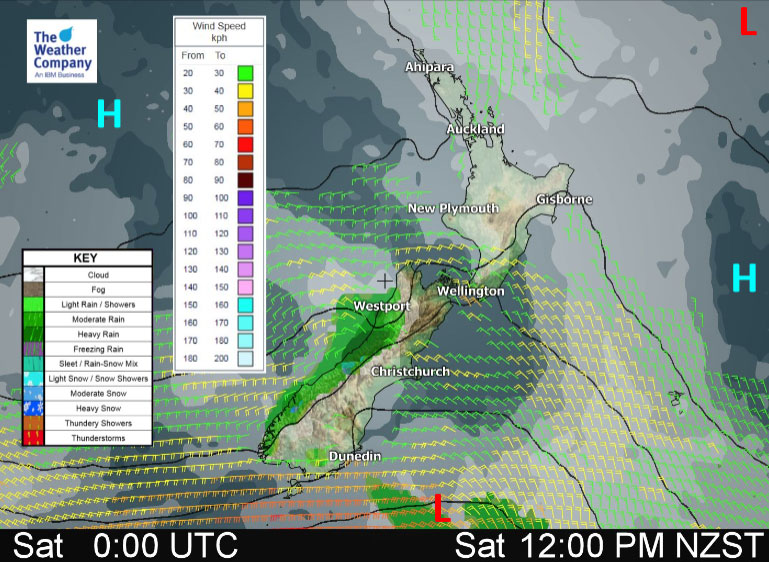 A southwesterly airflow lies over New Zealand today, fairly settled for the most part however a front does push northwards over the South Island but it will quickly weaken as it does so.

West Coast
Heavy rain about Fiordland spreads northwards during Saturday with a southwest change, this rain will weaken however to only a brief period of moderate rain by the time this front reaches Greymouth mid afternoon. The odd shower before this front moves northwards with mostly cloudy skies.
Highs: 15-16

Southland & Otago
Early rain about Southland then easing to showers and sunny spells, brisk westerlies. Otago has morning high cloud break to sunny spells, risk of a shower or two otherwise mainly dry with breezy westerlies tending to the southwest in the afternoon.
Highs: 13-17

Perhaps May 4th, but that may change by the time May 4th comes around.