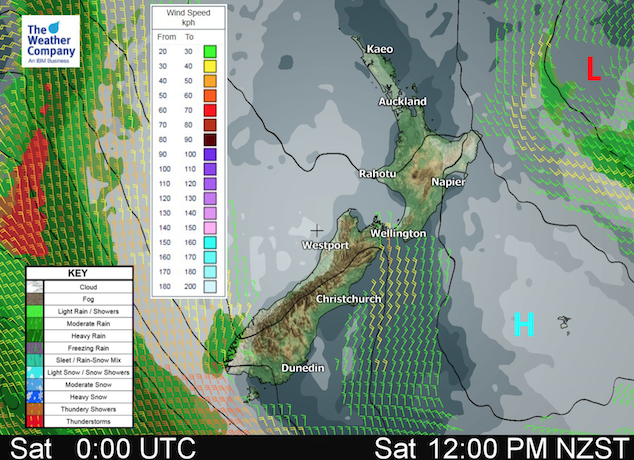 Northland, Auckland, Waikato & Bay Of Plenty
Mostly sunny about Waikato, Bay Of Plenty and eastern parts of Auckland / Northland. Some cloud about western Northland / Auckland. Light winds for most then tending west to southwest in the afternoon, afternoon northerlies for Bay Of Plenty.
Highs: 18-22

Western North Island (including Central North Island)
A mostly sunny morning, some cloud about coastal fringes pushes inland a little during the afternoon then into most places during the evening. Light winds tend northwesterly after midday.
Highs: 17-19

West Coast
Mostly cloudy, some sun may break through in the afternoon about North Westland. A few drizzle patches for Fiordland. Light winds tend to the north or northeast from afternoon.
Highs: 15-18

Southland & Otago
Mostly sunny with some high cloud, mainly later in the day. Light northerlies for most, northeasterlies about coastal Otago.
Highs: 18-21