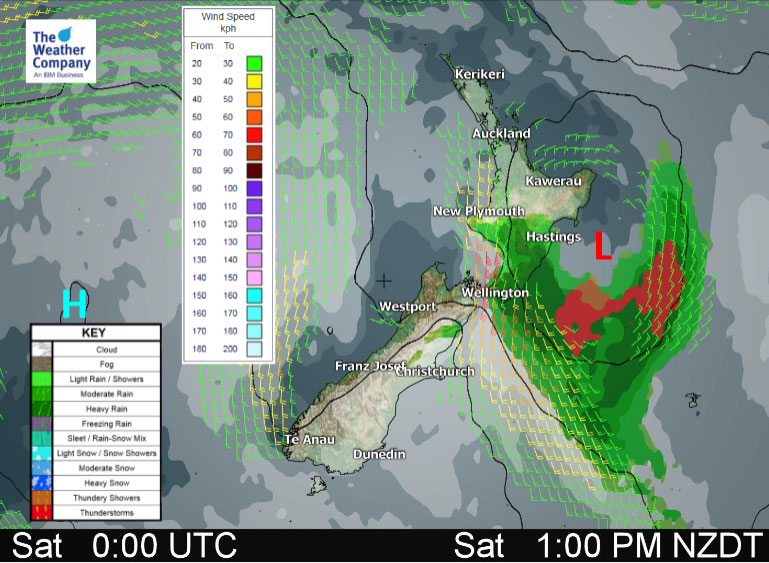 A southerly airflow brings wet weather to the south and east of the North Island today, drier further west. Some ridging over the South Island brings settled conditions but fairly cloudy in the east.

Northland, Auckland, Waikato & Bay Of Plenty
A mix of sun and cloud for most, the Bay Of Plenty has a mostly sunny day. South to southwesterly winds.
Highs: 18-22

Eastern North Island
Heavy rain about Wairarapa eases to showers in the afternoon, further north there may be some morning sun then showers move in around midday as southwesterlies freshen.
Highs: 16-19

Canterbury
A mostly cloudy day with cool southerly winds, there may be a drizzle patch or two mainly about inland areas.
Highs: 10-13