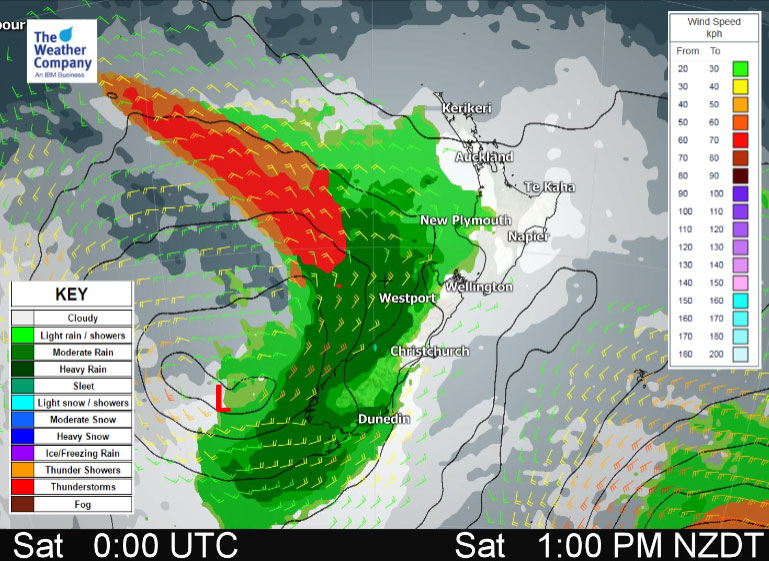 A low and associated front in the Tasman Sea moves over South Island today, the North Island is mainly settled.

Marlborough & Nelson
Morning cloud then afternoon sun breaks through as southerly winds die out tending northwest. Rain moves into Nelson in the evening then spreading into Marlborough later on.
Highs: 18-20

Southland & Otago
Rain at times, developing early morning for Southland and Central Otago, spreading to coastal Otago in the afternoon. Rain easing and clearing in the evening. Northeasterly winds.
Highs: 15-17