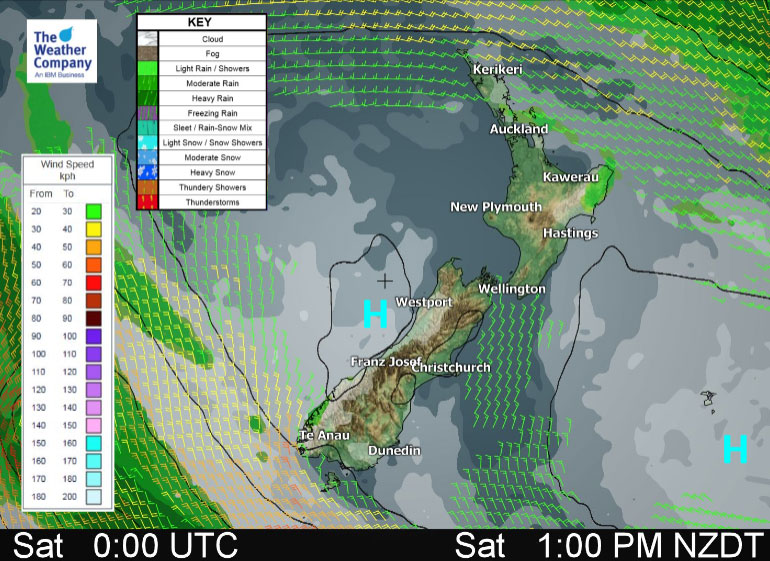 Northland, Auckland, Waikato & Bay Of Plenty
Mostly sunny, some cloud about Coromandel, Great Barrier Island and Northland brings the odd shower at times. Winds mostly from the southeast however a sea breeze develops in the afternoon for western Waikato up through to western Northland, also Bay Of Plenty.
Highs: 20-26

Eastern North Island
Any morning cloud clears then mostly sunny, some cloud hangs about Gisborne however bringing a shower or two which clears in the afternoon. Northeasterly winds.
Highs: 21-23

West Coast
Cloudy areas at times for South Westland although sunny spells break through in the afternoon, some drizzle at times for Fiordland. Further north conditions are sunnier although expect some cloud at times. Light west to northwesterly winds.
Highs: 18-22