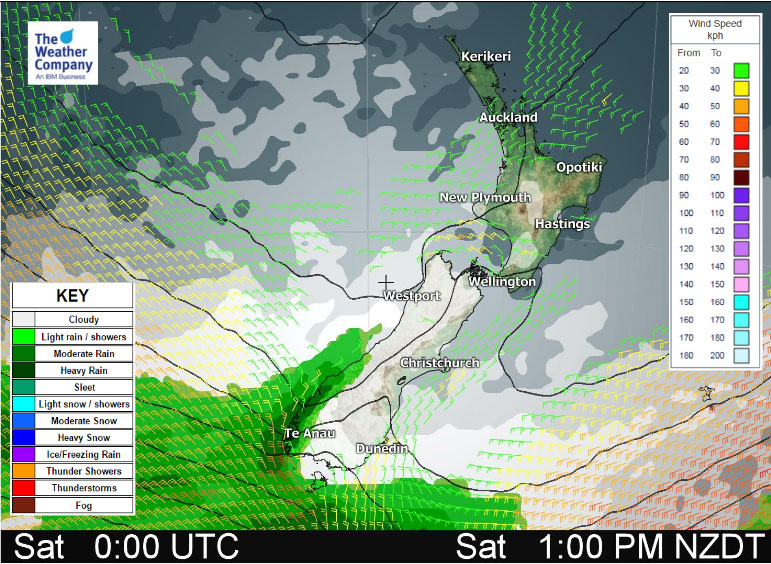 A large anticyclone is centred to the northwest of the North Island today in the Tasman Sea meanwhile a west to northwesterly airflow builds over the country.

Northland, Auckland, Waikato & Bay Of Plenty
Any morning cloud breaks away then expect mostly sunny weather with some high cloud, west to southwesterly winds become breezy in the afternoon.
Highs: 26-31