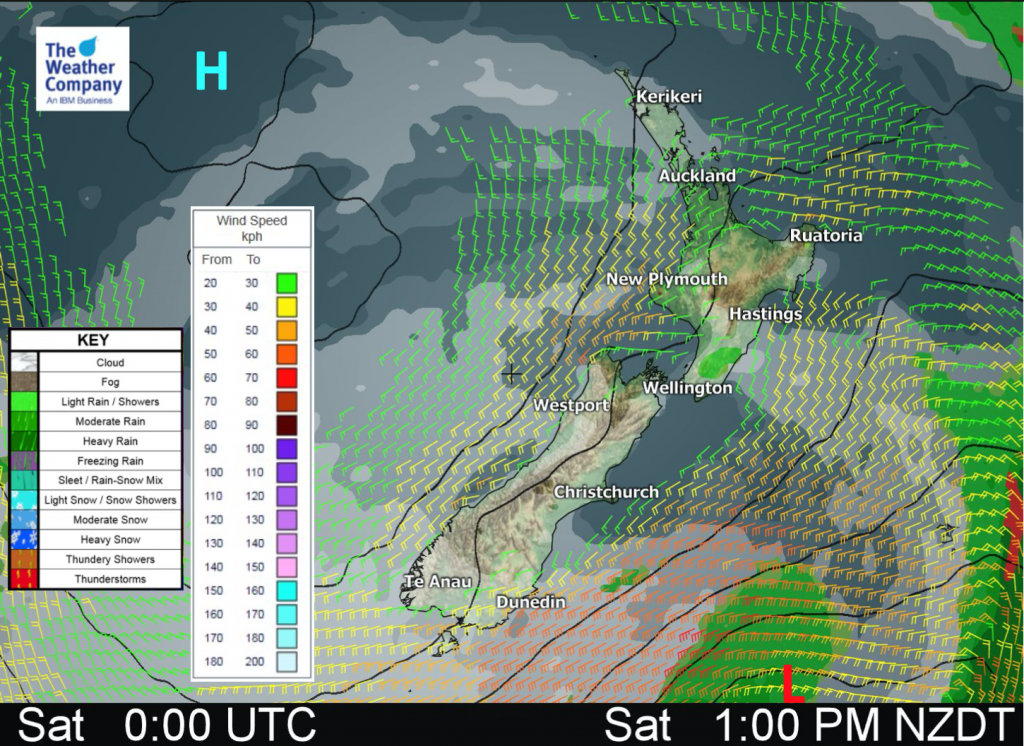 A southwesterly airflow lies over New Zealand today with a weakening cold front passing over the North Island this morning.

Morning cloud with a few showers for the western / upper North Island then sunny areas areas, southwesterly winds. A few showers about the Wairarapa, easing afternoon and clearing evening. A sunny morning about Hawkes Bay and Gisborne then some cloud from afternoon. Southwesterlies tend to the east in the afternoon for the east coast.

Some cloud and the odd shower for the West Coast, easing from afternoon and becoming mostly dry by evening but the odd shower may remain. Some cloud and a few showers develop in the morning for Marlborough then clearing late afternoon or evening. Nelson has a mainly sunny day. A few morning showers clear Canterbury then sunny areas increase, southwest winds tend northeast in the afternoon.

The odd shower about Southland and Otago eases by midday, becoming mainly dry in the afternoon with sun breaking through especially for inland areas. Gusty west to southwesterly winds.

The southwesterly airflow keeps temperatures mostly average for the whole country, cooler then normal for some coastal spots. The MacKenzie Basin and Bay Of Plenty should fair a little better. Coastal Southland and coastal Otago are the coolest spots with temperatures ranging from 13 to 15 degrees.