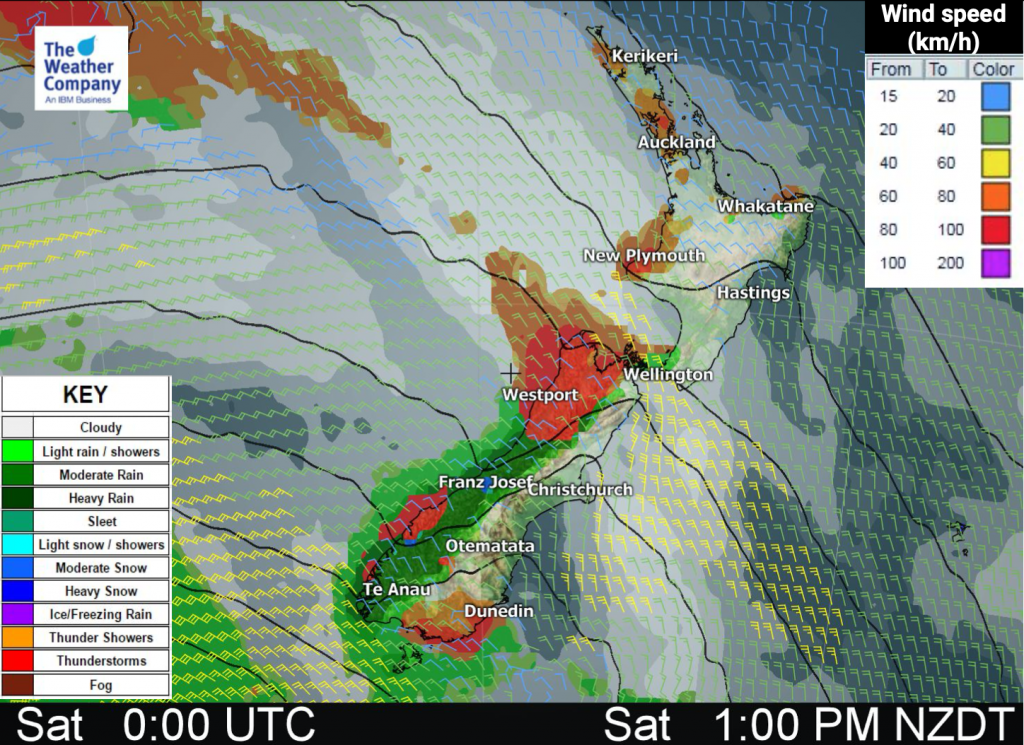 A northwesterly airflow lies over New Zealand today, rain or showers for the west of both Islands, potentially unstable at times. Mainly dry in the east however some rain may make its way into Canterbury for a time.

Western North Island (including Central North Island)
Sunny areas and some cloud, a shower or two develops about Taranaki in the morning then Kapiti from afternoon. Northwesterly winds.
Highs: 21-26

Canterbury
High cloud, some rain for a time around midday then clearing in the afternoon with sun breaking through as northerlies tend gusty northwest.
Highs: 23-26

West Coast
Morning rain with heavy falls and thunderstorms then easing, thunderstorms possible at times for the rest of the day, more so about South Westland. Breezy northerlies ease by midday.
Highs: 17-20

Southland & Otago
Cloudy areas and the odd shower about Southland, especially afternoon. May be a rumble of thunder. Otago is mainly dry with sunny areas and some high cloud, rain about western Central Otago near the main divide. Northwesterly winds.
Highs: 16-22