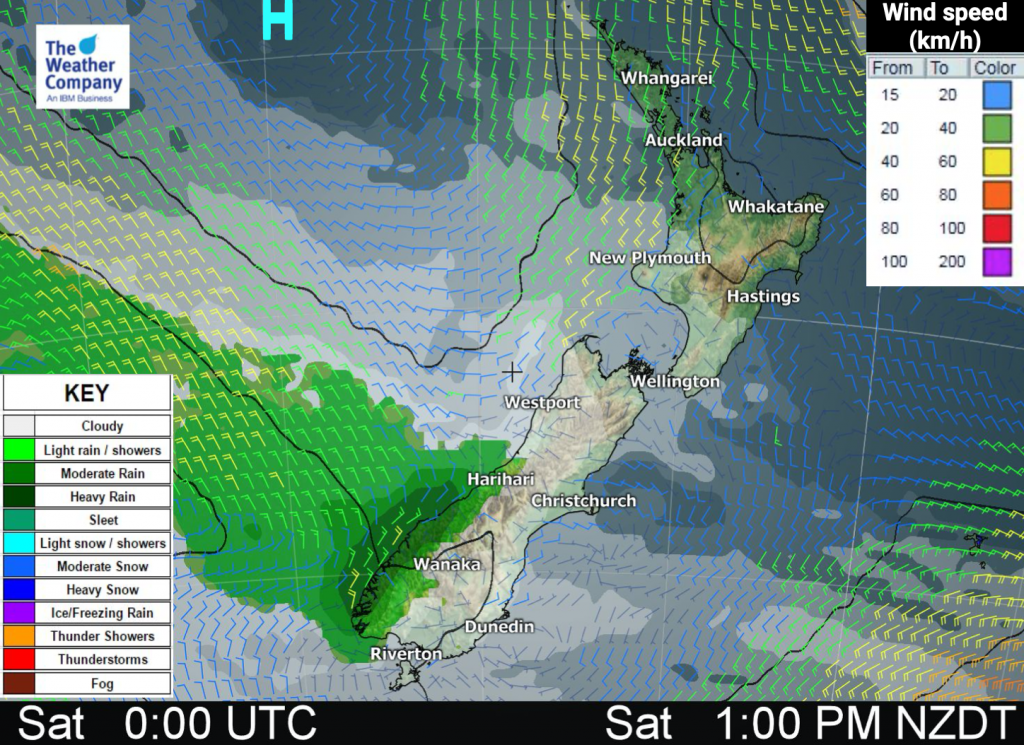 An anticyclone brings mainly settled weather to a majority of New Zealand today, a front about the far south brings some rain in the west and the risk of a shower about parts of Southland / Otago.

Eastern North Island
Mostly sunny, some high cloud possible. Light winds tend southerly for a time then swing to the east or southeast in the afternoon.
Highs: 24-25

West Coast
Mostly cloudy, some rain for South Westland, only the risk of a shower further north. Sun breaks through at times for Buller with high cloud. Winds from the north or northeast, light winds Greymouth northwards.
Highs: 17-23