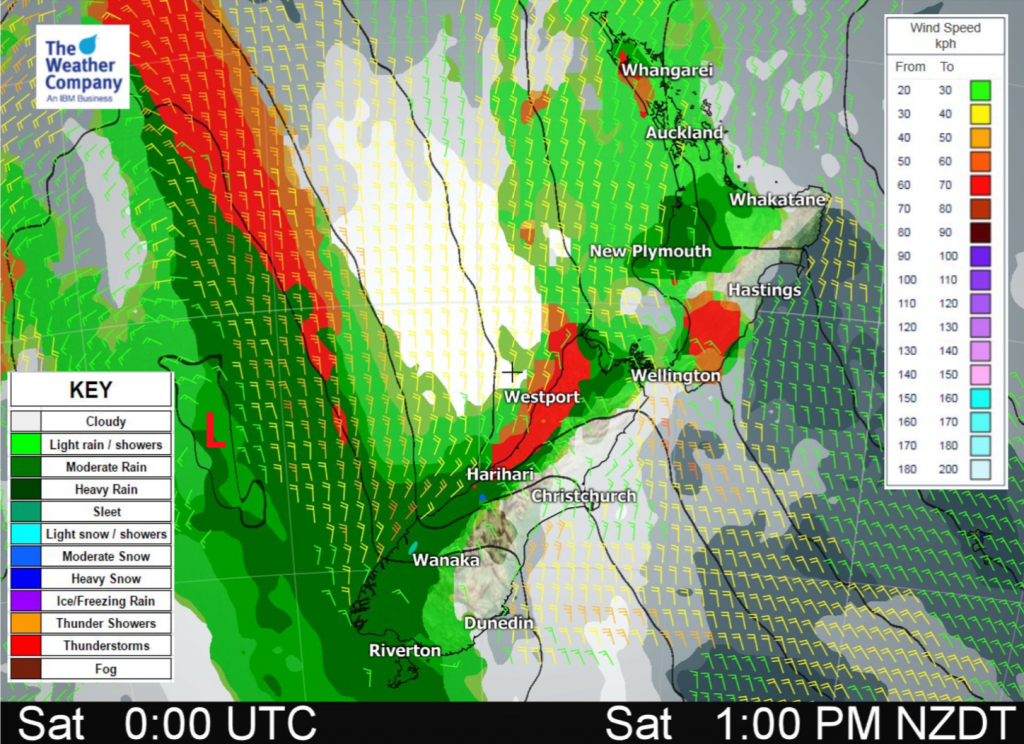 A warm northerly airflow flows over New Zealand today with a front lying across the lower South Island.

Eastern North Island
Sunny for Hawkes Bay and Gisborne. Wairarapa has some high cloud with a few spots of rain possible from afternoon. North to northwesterly winds.
Highs: 24-27

Marlborough & Nelson
The odd shower about Nelson and the Marlborough Sounds, turning to rain in the afternoon, possibly heavy overnight. Plenty of high cloud for coastal Marlborough, some rain spreads from the west late afternoon onwards. Breezy north to northwesterly winds.
Highs: 18-23

West Coast
Rain, heavy falls about Fiordland. Rain may become heavy further north in the evening. There may be a rumble of thunder about at times. Breezy north to northeasterly winds.
Highs: 16-18

Southland & Otago
Some rain for Southland, especially morning then easing in the afternoon as northeasterlies tend to the westerly quarter. Central Otago has morning rain (heavy in the west) then clearing and becoming mostly sunny, rain picks up again from evening. Coastal Otago is mostly sunny with some high cloud, overnight patchy rain with a southerly change.
Highs: 18-25