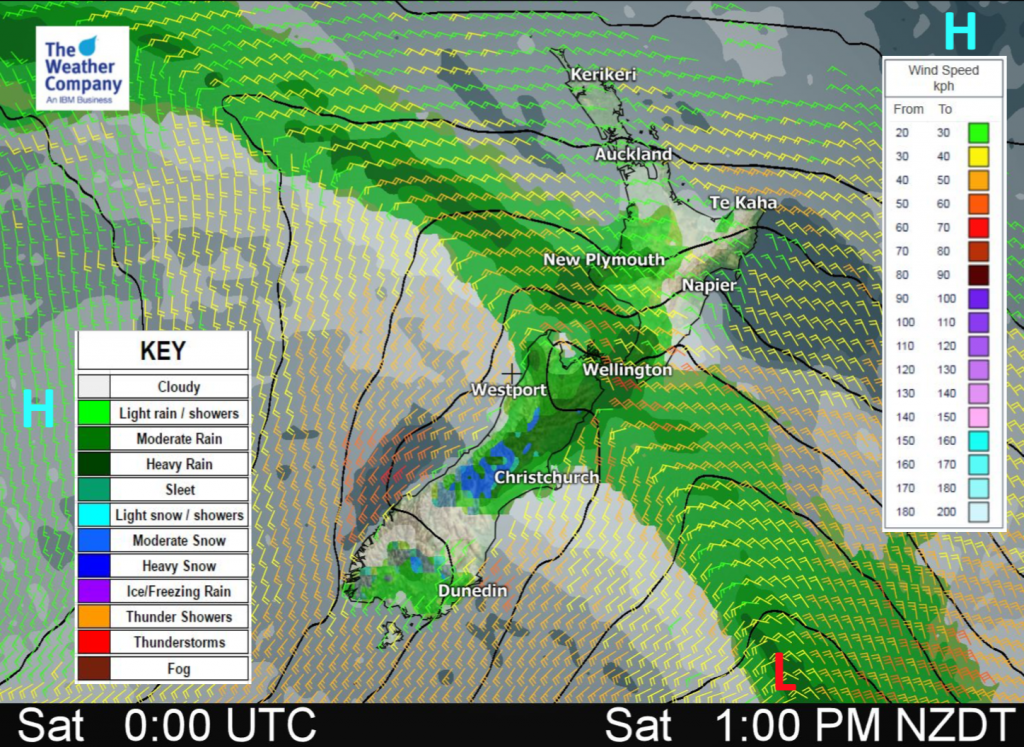 A cold front pushes northwards over New Zealand today, northwesterlies ahead of the front then changing colder southwest in behind.

Northland, Auckland, Waikato & Bay Of Plenty
Areas of cloud and occasional sun, may be an isolated shower or two about also.  A period of rain overnight as northwesterlies change southwest.
Highs: 16-19

Eastern North Island
Mostly sunny with some developing high cloud, rain moves into Wairarapa in the afternoon then Hawkes Bay / Gisborne in the evening as northwesterlies change southwest.
Highs: 18-23

West Coast
Morning rain with heavy falls then clearing in the afternoon as northwesterlies change southwest, sun breaks through once rain clears.
Highs: 12-14

Southland & Otago
Early rain eases to the odd shower, becoming less frequent during the day and clearing evening. Sun breaks through at times from afternoon. A few snow flurries to 300 or possibly even 200m. Cold southwesterlies die out overnight.
Highs: 9-10