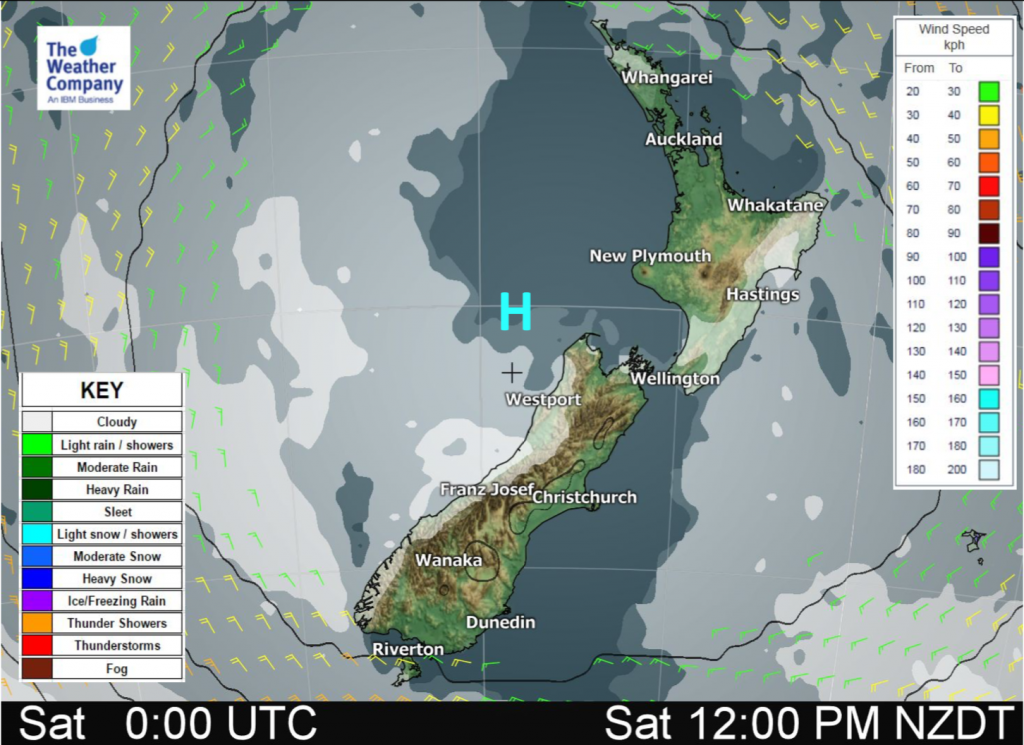 Northland, Auckland, Waikato & Bay Of Plenty
Mostly sunny, there may be a few areas of cloud morning and night for the Waikato. Cloud a little more frequent this afternoon for inland Auckland / Northland as sea breezes form a convergence zone, these clouds bring the low risk of an isolated shower or two also.
Highs: 16-17

Marlborough & Nelson
Sunny, some morning cloud about Nelson then breaking away. Light afternoon east to northeasterly winds for Marlborough. Winds tend northerly in the afternoon for Nelson.
Highs: 15-18

West Coast
Areas of cloud, thickening up a little in the afternoon. Light winds tend west to northwest after midday. Inland Buller is mostly sunny, only a few clouds from afternoon.
Highs: 14-17