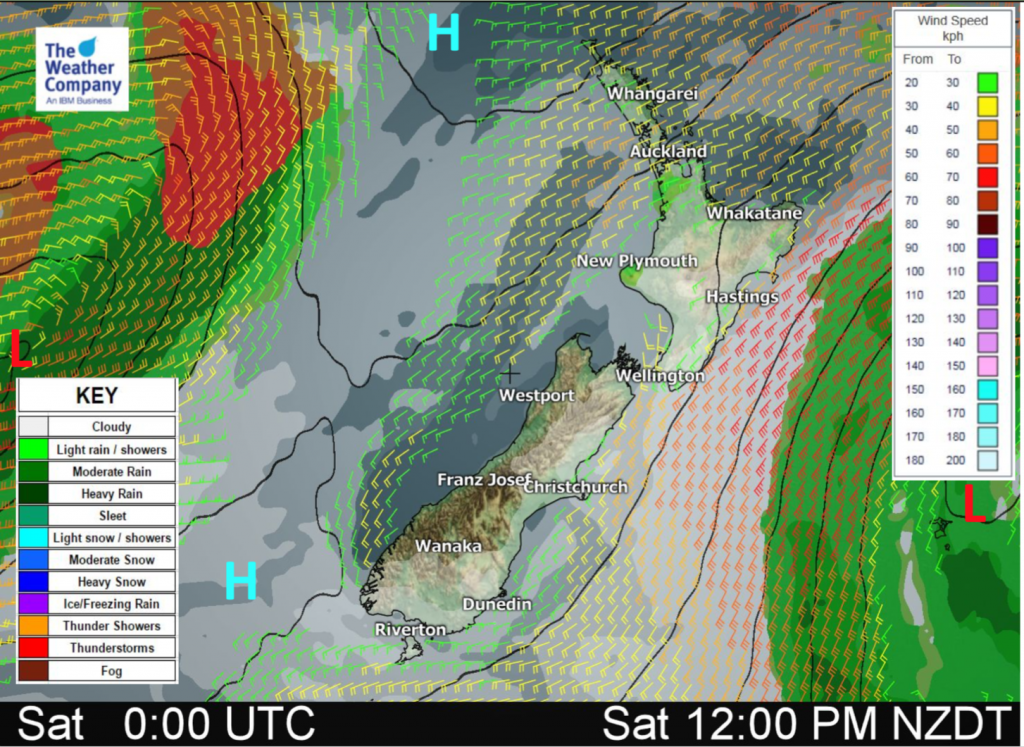 Cold southwesterlies ease over New Zealand today. Overnight a low pressure system and front charge in from the Tasman Sea towards and over the upper North Island.

Northland, Auckland, Waikato & Bay Of Plenty
Morning showers, possibly heavy then easing, clearing Northland in the afternoon then elsewhere in the evening. The Bay Of Plenty is mainly dry but a shower or two may come over from the west in the afternoon. Overnight rain moves back in from the west. Southwesterly winds die out in the evening.
Highs: 14-15

Western North Island (including Central North Island)
Morning cloud breaks to some sun, southwesterlies ease. Taranaki has showers, chance of an isolated heavy fall then easing and clearing in the afternoon.
Highs: 11-14

Marlborough & Nelson
Mostly cloudy, some sun may break through at times from afternoon. Southwesterly winds tend east to northeast after midday.
Highs: 13-14

Canterbury
Cloud breaks to some sun from afternoon, southwesterly winds die out in the evening. A few light showers about Banks Peninsula clear after midday.
Highs: 8-10

West Coast
Mostly sunny, light winds. Some cloud north of Westport may bring a light shower or two in the afternoon.
Highs: 13-14