Saturday – What a day! 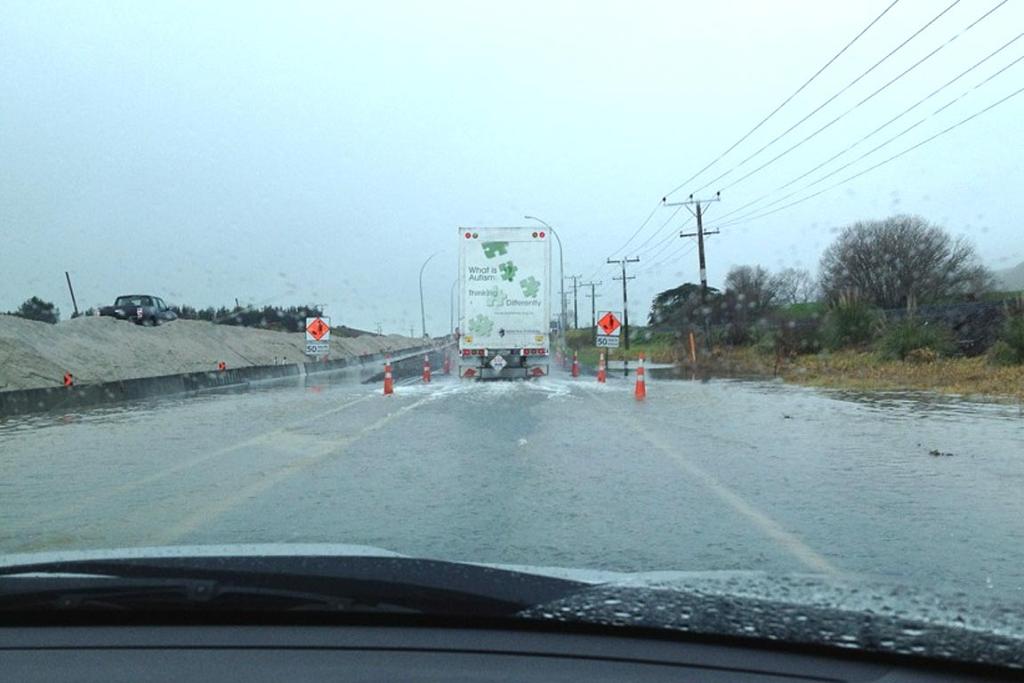 Today we had everything thrown at us with rain, torrential downpours, flooding, thunderstorms, high winds but also some sunshine for a few regions plus temperatures ranging from summer to winter.

Saturday has been the most variable and intense day of the year weatherwise and flooding took hold over Tauranga/Mt Manganui and other areas of the Bay of Plenty. Surface flooding also occurred throughout other parts of the country as the result of heavy downpours or persistent steady rain.

Tonight could see further eventful skies and tomorrow should see a slight easing but still looking a little turbulent.

Drought conditions are easing with some good falls reported but still more widespread solid rain is required to break all the drought hit regions. The good news is we’re getting closer and earlier this week the Bay of Plenty had theirs broken and today was much more than actually required.

Temperatures today topped out at a summerlike twenty four degrees for Auckland and Whangarei whereas it seems a taste of winter scooted over southern and eastern areas of the South Island with a string of tens and elevens recorded as the national low from the Kaikoura coast down to Gore and Invercargill.

Very strong winds were recorded across the West Coast of the Mainland with some peak winds topping at over 100kph.Tonight conditions should ease as they have done a little this afternoon.

The driest conditions early this evening appear to be across Northland, Central and South Otago and Southland whereas the rest of the nation is seeing patcy rain or showers with the odd heavy downpour.